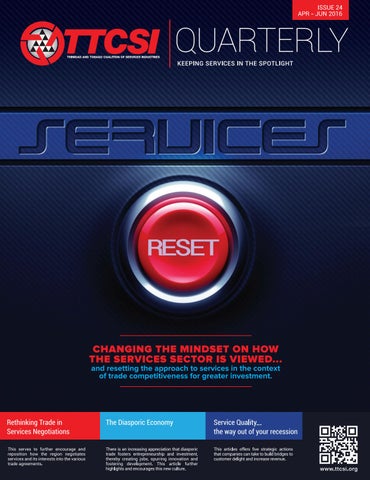 CLOTHING AND TEXTILES GOING FORWARD From discussions with a technical officer from FashionTT, it was raised that at present there is a tendering process for consultants for a model on which the production facility will be based. “This is a great opportunity for the local fashion industry to address production issues with respect to our local value chain. This facility has more than the potential to scale up production, but also serve as a benchmark for the regional industry.” The officer explained that the production process will also include quality assurance, label requirements and customer service, which will also be integral to the sustainability of the model.

THE TRINIDAD AND TOBAGO EXPERIENCE In Trinidad and Tobago, the experience is quite different. The need for a production facility emanated from consultations held with stakeholders for the creation of a Fashion Strategic Plan. There was a consistent repeated refrain that there was limited production locally, and it was difficult for designers to fulfil small orders. These orders would most times constitute at least 100 pieces — the size of a local retail order. When asked about the challenge of not being able to fulfil a local order, much less a regional or international order, an upcoming designer, who wished to remain anonymous, relayed her sentiments, “Of the many challenges faced by young designers like myself, the issue of production is just one, but it is certainly the most overwhelming. In most cases, there is limited availability of seamstresses; not only are they in heavy demand, but they are on heavy rotation.” The designer added, “The problem of financing, along with the purchasing of raw materials, is also pervasive, and is one that also needs to be seriously addressed.” More established designers, while experiencing similar production issues, have smaller production facilities built in and attached to their ateliers. Smaller designers do not have this luxury, and in most cases one designer works with one or sometimes two seamstresses at a time. At present, there are no more than seven seamstresses attached to one atelier, so realistically speaking there isn’t a facility where a hundred pieces can be made in one week. One established designer iterated, “There was a presence of production facilities specifically for garments long ago, but with the surge of new designers and more to come due to the regional appeal of our CFDA programme at the University of Trinidad and Tobago, the need for such a facility is even greater.” She also pointed out that the facility must be sustainable and capable of producing garments of superior quality. For local designers that have arrangements with local retailers to have their lines featured in stores, there is an even greater need for the facility, since this calls for an upscale in production to meet the demand by consumers. As such, local designers often miss out on maximising these opportunities, due to the simple fact that they cannot meet volumes of production set out to them by retailers. 18

It is envisioned that the model should be able to facilitate 250 designers, 200 clothing designers and 50 accessory designers based on a last assessment made by FashionTT, the officer added. It will be outfitted with sewing machines, embroidery machines, stitchers and 3D printers for fabrics. The model would also take advantage of natural peaks that occur within the local climate, with ramped-up production during the Christmas and Carnival periods, and is expected to be modelled after similar facilities in Medellin, Colombia. “There are also opportunities to be explored capitalizing on resources that already exist, through collaboration with Export Centres Company Limited (ECCL) and the upgrading of their present facilities.” It is safe to say that it is indeed an exciting time for the local fashion industry as Trinidad and Tobago embraces the strategic alignment of goals with needs, as the idea of a production facility outfitted for local designers is welcomed by all. As such, this project will not only boost the capacity of local designers, but will contribute to the diversity of the nation’s economy.