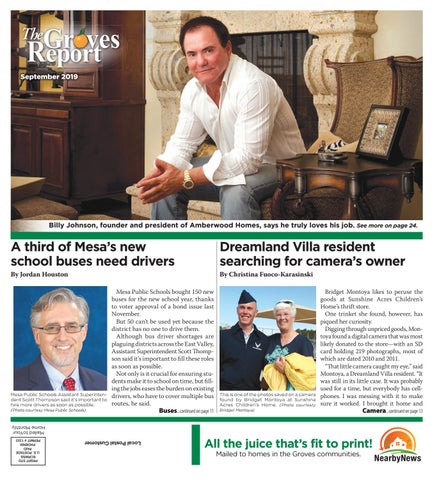 All the juice that’s fit to print! Mailed to homes in the Groves communities.