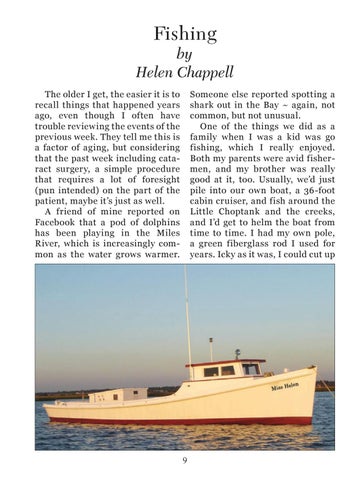 by Helen Chappell The older I get, the easier it is to recall things that happened years ago, even though I often have trouble reviewing the events of the previous week. They tell me this is a factor of aging, but considering that the past week including cataract surgery, a simple procedure that requires a lot of foresight (pun intended) on the part of the patient, maybe it’s just as well. A friend of mine reported on Facebook that a pod of dolphins has been playing in the Miles River, which is increasingly common as the water grows warmer.

Someone else reported spotting a shark out in the Bay ~ again, not common, but not unusual. One of the things we did as a family when I was a kid was go fishing, which I really enjoyed. Both my parents were avid fishermen, and my brother was really good at it, too. Usually, we’d just pile into our own boat, a 36-foot cabin cruiser, and fish around the Little Choptank and the creeks, and I’d get to helm the boat from time to time. I had my own pole, a green fiberglass rod I used for years. Icky as it was, I could cut up 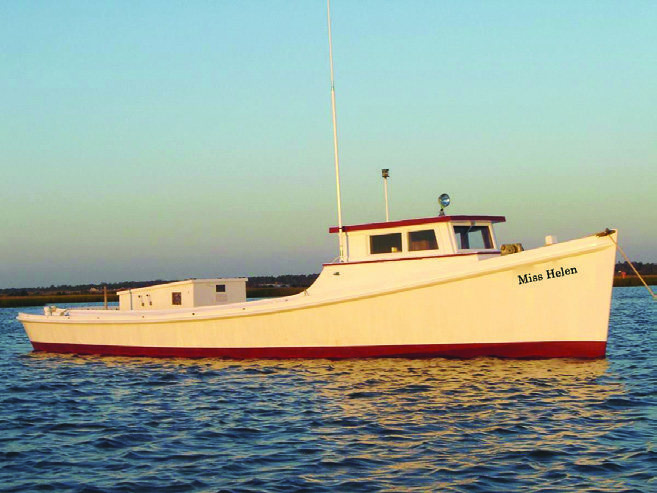