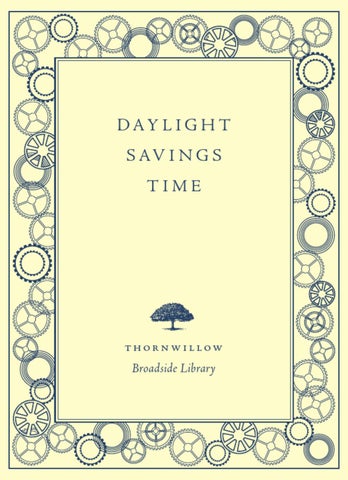 a y l i g h t s av i n g s t i m e , as it is known in some countries, and Summer Time, as it is known in Europe, is why our timepieces are adjuted forward one hour near the tart of Spring and are moved back in Autumn. This sytem of a “iitious” time was devised so that evenings have more daylight and mornings have less. Though thought of by Benjamin Franklin in 1 784, ir seriously proposed by the New Zealand entomologist George Vernon Hudson in 1 8 95 , and ir implemented during the Firt World War, this manipulation of the clock has never been without controversy. It privileges certain places over others, since the economic impact on power supplies varies, and favors some aivities over others. Having more daylight in the evenings beneits retailing, sports, and other aivities that exploit sunlight

aer working hours, but can alter the nature of evening events tied to the sun. The biennial change complicates timekeeping; and it can disrupt meetings, travel, billing, record-keeping, medical devices, heavy equipment, and sleep patterns. Those who think such manipulation of our schedules is a typically modern folly, however, should note that the ancients experimented with the idea. For example, Roman water clocks had different scales for dierent months of the year. An hour might have 44 minutes at the winter solice but last 75 minutes at the summer solice. Unequal hours are ill used in a few traditional settings, such as some Mount Athos monaeries and all Jewish ceremonies. So, next time you adju your clock for the time change, just be glad such matters are now andardized. 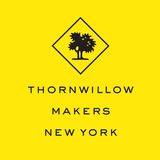