Ola Linea - The Self Striping Stripe 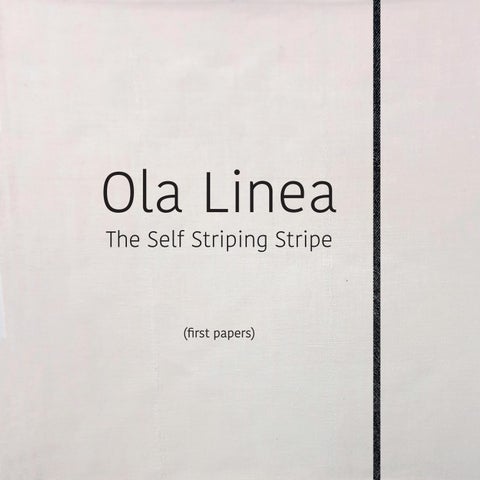 Ola Linea The Self Striping Stripe

BOOK OF LOVE Hi Piet, Hi Marcel. Can we have a talk? Something might be not that wel translated, expressed. Maybe it’s a good idea to go back in time and see what went wrong. A missing thread. You can listen to the soundtrack of the book ICI

“Techne” etymologically derived from the Greek word ‘texni’ that is often translated as “craftsmanship”, “craft” + “art”. The creation of art and the implication of knowledge into principles. The 26 fabrics in this publication came to life while I was working on the draw loom – the choices I make for one line will inform how I proceed on the next. It is a special loom that produces a wonderful chiming sound because of its many suspended metal bars. I’d love to replace them with different-sized glass bars or crystals, bringing me closer to realizing the poetic writing machine I have long envisioned. I made this book because I want to work with a broad range of practitioners, such as musicians, composers, scientists, programmers, woodworkers, and glassmakers. I thought it was a good idea to reveal my creative and working process to discover and discuss what our practices may have in common. The work is a declaration of love for language and expression in its widest form and tribute to the artists I love. Before there was written language, we used chants to memorize intricate weaving patterns. All techniques (arts, crafts), patterns and oral narratives are the foreland of our written language and connected to instruments that help us to express ourselves. We have a common language (Indo-European language family). And this common background lies in the actions we do (growing crops, eating, making, sharing and making love: create. The work is also historical correction. There were no female members and no weavers associated with De Stijl. For me this is painfull. In the modernization process too much has been neglected the importance of intuition, craftsmanship, connection, universal values and the obligations that this entails. I am sure that a female weaver could have portrayed this emphatically in Mondrian’s time.

Od. 5.59-62: “A great fire blazed on the hearth and the smell of cedar cleanly split and sweet wood burning bright wafted a cloud of fragrance down the island. Deep inside she sang, the goddess Calypso, lifting her breathtaking voice as she guided back and forth before her loom, her golden shuttle weaving” Before we had written notation, we used chants to memorize complicated weaving patterns. I like the idea that in the near future, reading will move beyond just being about text and again involve all of the senses.

Me and my loom. Together, we are the best machine there is. We move in a rhythm, a divine rhythm, backward and forward, a whistle between my teeth. I create. I use body and soul, wisdom and practice, intuition and care, form, function, up and down, left and right, four dimensions and the spirit of Inspiration that is guiding me. I’m a weaver. I like the sound of the loom. I like to place the threads very precise. Preferably by hand. Like writing a letter. The weaving combines my love for color, texture, material and space. The handwork gives me time to think and to process. To make decisions when they are at hand. Textile is a language, a very abstract one. Even before there was the written text word textile was used to express all important stuff in live. It is a language: like music. I studied all possible textile crafts (more then 7 teachers worldwide) by hand and by hart from my young years on. I touched them, saw them, studied their techniques and colours. I have done in-depth research into the cultures that created them and the artists who were inspired by it. I studied the work of the artist like Sheila Hicks, Anni Albers, Agnes Martin, Marcel Duchamp, Piet Mondriaan, Simeon ten Holt and others. I did read about how they grew up, what they studied, what kind of material they worked with, who their friends were and what the challenges of their times we\’92re in the time they produced their important works.

It took me two years to write this little book. I started, while studying for a master’s in Contextual Design at the Design Academy Eindhoven, by telling myself to be very truthful and precise. And so, I did. To be honest, it was an unnerving experience, but I would encourage anyone to give it a try. This process of being honest and this book are about how we use energy, namely our own energy, the energy of others and the energy of our planet. If we do not start being more careful and precise with our energy consumption, we shall surely come unstuck. Deze publicatie heeft een bijdrage ontvangen van Stichting Stokroos Thanks to Jason Coburn for the English edit. Thanks to Ajay for Sanskrit and Hindi edit. And thanks to everything and everybody out there who was there for me. And thanks to my mom for always believing in me.

Ola Linea - The Self Striping Stripe 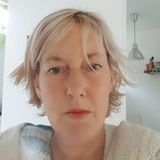