health check ]News you can use i

How tackling the taboo of the menopause has become one woman’s mission After watching a documentary fronted by BBC’s Kirsty Wark called The Menopause and Me, Rachel Weiss was inspired to get people together to talk about this life change at a pop-up menopause cafe. A counsellor and psychotherapist at Rowan Consultancy in Perth, Rachel had already set up regular

‘death cafes’, events in which people could come together to discuss dying and death over tea and cake, and decided to recreate the format with the menopause as the focus. “My aim was to get conversations started,” says Rachel. “Although this is

something that all women go through, very little is spoken about the menopause.” Rachel mooted the idea of a menopause cafe on Rowan’s Facebook page and says that the post had a huge response. Roll on to last June when she, two other organisers and 25 people (including two men) met up at Blend Coffee Lounge in Perth for the world’s first known menopause cafe. The people sat at tables of four or five and then, after around 15 minutes, they moved around the room to a different group. “We suggested that people

explained why they were there as a conversation starter,” says Rachel. “The men were both there because their wives or partners were going through the menopause, while some women had been through it and had a tough time. And, delightfully, there was another woman who said that it was fine and she had experienced no ill effects,” says Rachel, who, at 50, says she was keen to hear from others to be prepared for her own ‘change’. “Whereas for my mum’s generation it wasn’t discussed, I want it to be normal for my children. I think we don’t talk 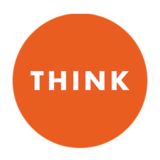 The magazine for the Benenden Community

The magazine for the Benenden Community