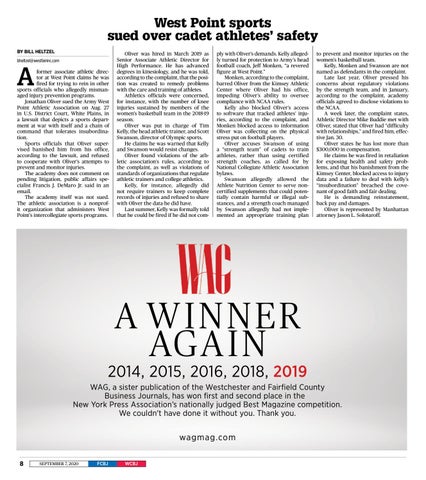 former associate athletic director at West Point claims he was fired for trying to rein in other sports officials who allegedly mismanaged injury prevention programs. Jonathan Oliver sued the Army West Point Athletic Association on Aug. 27 in U.S. District Court, White Plains, in a lawsuit that depicts a sports department at war with itself and a chain of command that tolerates insubordination. Sports officials that Oliver supervised banished him from his office, according to the lawsuit, and refused to cooperate with Oliver’s attempts to prevent and monitor injuries. The academy does not comment on pending litigation, public affairs specialist Francis J. DeMaro Jr. said in an email. The academy itself was not sued. The athletic association is a nonprofit organization that administers West Point’s intercollegiate sports programs.

Oliver was hired in March 2019 as Senior Associate Athletic Director for High Performance. He has advanced degrees in kinesiology, and he was told, according to the complaint, that the position was created to remedy problems with the care and training of athletes. Athletics officials were concerned, for instance, with the number of knee injuries sustained by members of the women’s basketball team in the 2018-19 season. Oliver was put in charge of Tim Kelly, the head athletic trainer, and Scott Swanson, director of Olympic sports. He claims he was warned that Kelly and Swanson would resist changes. Oliver found violations of the athletic association’s rules, according to the complaint, as well as violations of standards of organizations that regulate athletic trainers and college athletics. Kelly, for instance, allegedly did not require trainers to keep complete records of injuries and refused to share with Oliver the data he did have. Last summer, Kelly was formally told that he could be fired if he did not com-

ply with Oliver’s demands. Kelly allegedly turned for protection to Army’s head football coach, Jeff Monken, “a revered figure at West Point.” Monken, according to the complaint, barred Oliver from the Kimsey Athletic Center where Oliver had his office, impeding Oliver’s ability to oversee compliance with NCAA rules. Kelly also blocked Oliver’s access to software that tracked athletes’ injuries, according to the complaint, and Monken blocked access to information Oliver was collecting on the physical stress put on football players. Oliver accuses Swanson of using a “strength team” of cadets to train athletes, rather than using certified strength coaches, as called for by National Collegiate Athletic Association bylaws. Swanson allegedly allowed the Athlete Nutrition Center to serve noncertified supplements that could potentially contain harmful or illegal substances, and a strength coach managed by Swanson allegedly had not implemented an appropriate training plan

to prevent and monitor injuries on the women’s basketball team. Kelly, Monken and Swanson are not named as defendants in the complaint. Late last year, Oliver pressed his concerns about regulatory violations by the strength team, and in January, according to the complaint, academy officials agreed to disclose violations to the NCAA. A week later, the complaint states, Athletic Director Mike Buddie met with Oliver, stated that Oliver had “difficulty with relationships,” and fired him, effective Jan. 30. Oliver states he has lost more than $300,000 in compensation. He claims he was fired in retaliation for exposing health and safety problems, and that his banishment from the Kimsey Center, blocked access to injury data and a failure to deal with Kelly’s “insubordination” breached the covenant of good faith and fair dealing. He is demanding reinstatement, back pay and damages. Oliver is represented by Manhattan attorney Jason L. Solotaroff.

2014, 2015, 2016, 2018, 2019 WAG, a sister publication of the Westchester and Fairfield County Business Journals, has won first and second place in the New York Press Association’s nationally judged Best Magazine competition. We couldn&#39;t have done it without you. Thank you. 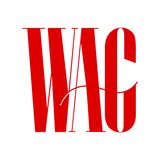