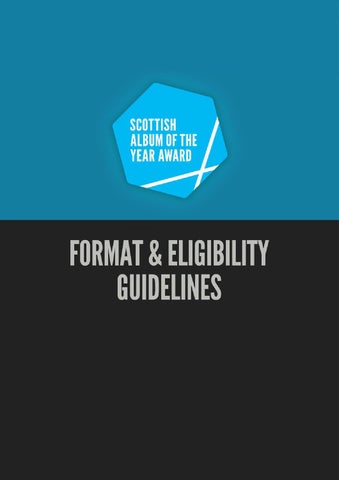 Initial Nominations Determining which titles are considered for The Scottish Album of the Year (SAY) Award will be the responsibility of 100 individuals and organisations, specially invited by the SMIA. ‘Nominators’ will be impartial and chosen from sectors throughout the industry including: journalists, bloggers, radio presenters and producers, promoters, retailers, venues, club DJs, festival organisers, academics and music fans from elsewhere in the arts. Nominators will be asked to consider eligible releases from 2012 and nominate their five favourite albums, ranking them in order of preference. Once complete, the Nominator will send their ‘Top 5’ to the SMIA where all of the Nominators’ submissions will be collated, tabulated and assigned a total score. Top 5 Submissions should be emailed to: nominations@thesayaward.com. The 20 highest-scoring albums will be announced as The SAY Award Longlist.

One track from each longlisted album will be immediately available to stream in full and for free. Every weekday from April 29th there will be an Album of the Day which the user can stream in full and for free. The five featured albums from that week will also be available to stream at the weekend. There will be links to iTunes and a feature telling the user where they can find their nearest record shop. The user can create his/her own playlist from the longlisted albums. The user can vote for their favourite album with the most popular title earning a place on the shortlist.

24 Hour Voting Window: Monday, 27 May Following the long list promotion the public will have one day to vote for their favourite album from the longlist. The album which receives the most votes will secure an automatic place on The SAY Award Shortlist and therefore a minimum of £1K in prize money and one of the coveted SAY Awards created by the winner of The SAY Art Commission.

Shortlist Announced: Thursday, 30 May The shortlist will be decided by an independent panel of ten judges chaired by Glasgow University academic John Williamson. Following confirmation of the longlist, the judging panel will receive copies of all twenty titles and be tasked with the responsibility of deciding the other nine titles to go forward with the public’s vote as the ten-strong SAY Award Shortlist. The announcement of the shortlist will coincide with the opening of The SAY Art Commission’s group show at the Intermedia Gallery in Glasgow’s Centre for Contemporary Arts. The winner of the Art Commission and therefore the artist tasked with creating this year’s SAY Awards will also be announced at the same event.

ELIGIBILITY & DEFINITIONS Genres All genres of music are eligible for The Scottish Album of the Year Award.

‘Album’ Definition Albums must consist of previously unreleased material; re-issues, multi-artist compilations, ‘Best Of’ collections and live albums (largely featuring previously released material) are ineligible; an album (for the purposes of this award) must contain 6 or more tracks and/or be over 30 minutes in length.

‘Release’ Definition An album (as defined above) made available for purchase in Scotland by the general public for the first time during the qualifying period through any of the following outlets: any high street music retailer; digital retailer, record label or artist website (including Bandcamp, social media etc.); free downloads (with the artist’s express consent) will also be eligible.

Qualifying Period Albums must have been released between January 1st and December 31st 2012.

‘Scottish Artist’ Definition For the purposes of this award, albums will be deemed to have been recorded by a ‘Scottish Artist’ when: the artist was born in Scotland; at least 50% of the band’s core members were born in Scotland (session musicians will not be considered); an artist or band, irrespective of nationality, has made their creative base in Scotland for the past 3 years. NB. In some cases e.g. classical albums, composers as wells as performers may satisfy the conditions for eligibility.

Nomination Artists (or their representatives) cannot nominate their own albums for consideration. Nominations can only be submitted by one of the SMIA’s 100 invited ‘Nominators’. Nominators’ submissions will be at their sole discretion. Nominators who submit ineligible albums in error will be asked to replace them with an eligible title. No entry fee will be required. Note: The names of all 100 Nominators will be published on the official Scottish Album of the Year Award website.

Conflict of interest In the event that a potential nominator (as defined above) represents or is in any other way materially connected to an eligible recording artist, they are obliged to disclose such a connection and any possible conflicts of interest to the SMIA prior to submitting their selections form. Should a conflict of interest exist, then the Nominator will not be allowed to include the related artist on their list. Lack of disclosure in this regard will result in the Nominator’s ballot being rendered void. In an attempt to avoid such conflicts, artist managers, record label employees, agents, publishers, PR staff or musicians with eligible albums released within the qualifying period will not be allowed to assume the role of Nominator.

Shortlist Selection Decisions of the Panel will be based on each album’s musical and artistic merits with no consideration given to genre, sales history or label affiliation. In the event of a split decision the Chairperson will exercise a casting vote. Every member of the Judging Panel will be required to attend the Award Ceremony where they will decide upon the winner of The Scottish Album of the Year Award.

Additional Interpretations Any additional interpretations of the rules will be at the sole discretion of The Scottish Album of the Year Award Board of Directors (listed on the SAY website). All rulings are final. 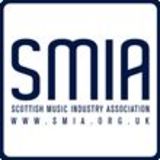 A more in depth look at the nomination process and eligibility criteria for The Scottish Album of the Year Award.

A more in depth look at the nomination process and eligibility criteria for The Scottish Album of the Year Award.