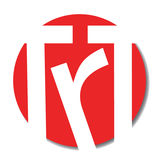 Award-winning, Boston's The Rainbow Times is the Largest LGBTQ+ Newspaper in New England. The Rainbow Times stands out from other LGBTQ+ publications through its bold reporting and exclusive in-depth stories — written by BIPOC, non-trans allies, and trans individuals, all falling on different places of the gender spectrum, who are also veteran journalists and understand the ins-and-outs of reporting for underrepresented communities. Intentionally, The Rainbow Times ensures that its reporting highlights the various intersectionalities found within this vast community. The Rainbow Times is also the most transgender-inclusive LGBTQ+ publication in the region. TRT has a powerhouse of social media networks, along with its robust e-blast "The Pony Express." Its print edition hits the stands the first Thursday of each month.