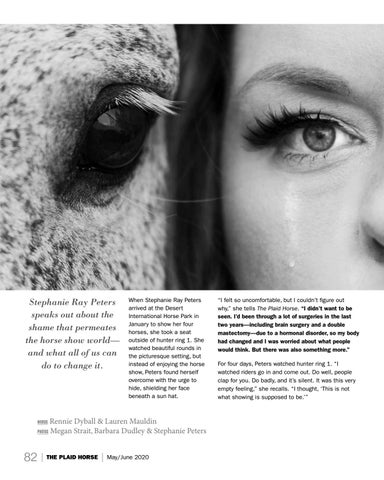 Stephanie Ray Peters speaks out about the shame that permeates the horse show world— and what all of us can do to change it.

When Stephanie Ray Peters arrived at the Desert International Horse Park in January to show her four horses, she took a seat outside of hunter ring 1. She watched beautiful rounds in the picturesque setting, but instead of enjoying the horse show, Peters found herself overcome with the urge to hide, shielding her face beneath a sun hat.

“I felt so uncomfortable, but I couldn’t figure out why,” she tells The Plaid Horse. “I didn’t want to be seen. I’d been through a lot of surgeries in the last two years—including brain surgery and a double mastectomy—due to a hormonal disorder, so my body had changed and I was worried about what people would think. But there was also something more.” For four days, Peters watched hunter ring 1. “I watched riders go in and come out. Do well, people clap for you. Do badly, and it’s silent. It was this very empty feeling,” she recalls. “I thought, ‘This is not what showing is supposed to be.’” 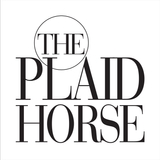 Shining the light on secret shame in the equestrian industry.

Shining the light on secret shame in the equestrian industry.