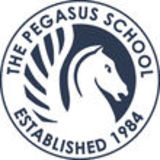 from Pegasus Magazine — Spring 2020
by The Pegasus School

Pegasus School Counselor Christine Lopez recently engaged a group of students around the topic of empathy and active listening. “Have you ever been in a situation where you’ve tried talking to someone about something important,” she asked them, “and the other person isn’t paying attention?” Without hesitation, several students blurted out: “Yeah, with my parents. They’re always looking at their phones.”

We’ve all been there. I’m ashamed to admit my own daughter often played the enforcer of the no-phones-duringdinner rule. Between work demands, after-school activities, club sports, homework, the needs of spouses and siblings and pets, and a phone that never stops buzzing, we’re busy. How much can we multitask while giving every family member our undivided attention? The problem for us as parents—in every move we make—is that our kids are watching.

However much we lecture about the pitfalls of social media, the traps of technology, the importance of balance and mindfulness and empathy, kids are still more likely to do what we do over whatever we might say. They internalize the questions we pose, the facial expressions we make, the tone of our voice, and the roll of our eyes. We provide the cues for how they react, and while we can’t control their emotions, we can have a surprising impact by controlling our own.

There’s even more good news. Modeling desirable behavior for our children will reinforce healthy habits for ourselves. A little time and attention go a long way. And empowering our children to be their own best advocates will be easier on us parents—not only in the long run, but perhaps in the short run as well.

The old adage about the monkeys took a small blow in a psychological study conducted by UK scientists in 2003. Chimpanzees taught to open a box through a complicated and unnecessary process skipped the superfluous steps. “If a chimpanzee is shown an irrelevant action, they won’t copy it—they’ll skip right to the action that makes something happen,” reported psychologist Mark Nielsen. Children, by contrast, imitated every needless motion. The study concluded, “Most of the children copied what the adults did, even if they’d been given the opportunity to play with the box first and figure out how it worked.” This mimicking behavior, observed in children across geography and cultures, became known as over-imitation, a universal human trait. What can we make of this? For children, adults’ actions not only speak—they scream. How we model behavior may be even more powerful than we’ve known all along.

Before getting down to what we can do about it, Christine Lopez encourages parents to check in with themselves and ask a few baseline questions. Are we the parent who yells? The parent who apologizes? The one who blames others? Do we isolate ourselves when facing stress, or do we seek out help? “Just being mindful of ourselves, and what we’re modeling to our children, is helpful,” Lopez says. “Are we expecting something different from our kids than we expect of ourselves?”

No one needs reminding that life is messy. Despite what’s often portrayed on social media, there’s no such thing as perfection. And that’s okay. “It’s how we address our imperfections that’s important,” says Lopez. “How we model our management of life’s difficulties for our kids. That means cutting ourselves a break, and cutting our kids a break, too.”

The pressure for perfection, the feeling that one misstep might defeat a child’s dreams, that their future selves can’t tolerate today’s mistakes—it’s not only unrealistic, it’s misguided. Slip-ups are lessons, not failures.

“Recently, I have been thinking about the stories we tell our students,” says eighth-grade English teacher Nancy Wilder. “Do we tell students only stories of success, or do we tell them stories that will help them feel comfortable about their mistakes? Do we have the courage to share our own struggles, so they know everyone has difficulties? When a student gives a wrong answer, I often respond by saying, ‘No worries. You will continue to live a beautiful life.’”

“We need to model reality,” Wilder adds. “Praising students for working hard is much better than praising them for being smart. Are parents looking only at grades, or do they look at the effort behind the grades? Are we modeling the values of perseverance, determination, and a curious mind?”

Tips from the Pros on Practicing Social Emotional Learning at Home

In addition to the obvious ways we should watch how we act (paying attention while our children talk to us, staying off our cell phones during mealtimes, etc.), there are endless everyday interactions that provide opportunities for modeling healthy social behavior and promoting emotional wellness at home.

Modeling Self Talk Kristen Thorson, author of the article “Extending Social Emotional Learning into the Home,” advises parents to look for mundane situations that might invite modeling. For example, when stuck in traffic or waiting in line, name your emotions and express how you intend to react. “I wasn’t expecting this delay. I’m feeling frustrated. Can you take a deep breath with me and help me calm down?” This allows children to identify their own emotions and take control over them. Even if they’re powerless over the situation, they’re not powerless over their response. “The words you use will become your child’s inner monologue when they’re faced with similar situations,” Thorson says.

Active Listening: Keep the Solutions to Yourself Listening sounds simple. In practice, for most parents, it’s extremely difficult. When your baby cried, did you simply sit and listen? Doubtful. We’re biologically programmed to alleviate our children’s fears, address their problems, and ease their pain.

Be the parent who’s a listener, and not a problem solver.

26 Active listening doesn’t mean taking action. “Be the parent who’s a listener, and not a problem solver,” Lopez advises. “Children want you to be empathetic. They want to feel heard. That’s about being present.” It’s enough to say: “I hear you,” “What a nightmare!” or “Geez, what do you think you’ll do?” This simple act takes pressure off both parent and child. It keeps the control in their court, and lets the parent off the hook of having to take charge and responsibility.

For one alumni parent, this realization didn’t come until her daughter graduated from high school. Whenever her child confided a problem, the parent’s instinct was to either diminish it or solve it. “I always pointed out how it wasn’t that bad, things could be worse, or I’d turn the problem into a positive,” she says. Like any mom, she wanted her daughter to feel better. But her daughter didn’t feel heard. Her new response? “That’s awful!” Her daughter’s reply? “Right?” Translation: thank you.

Parents who jump in to solve problems communicate to their kids that they’re not capable of solving things on their own. Children build self-doubt instead of resiliency. “It’s such a disservice to students,” Lopez says. “It makes them feel their parents don’t trust them.”

But what if your child doesn’t want to talk? Lopez says it’s enough to tell them: I’m here when, or if, you’re ever ready. I’m here to just listen.

and with other students,” Wilder says. “The bottom line: they feel pretty lousy.”

The students also spoke about having negative views of themselves. “They drive themselves to accomplish more and more in order to reach their personal goals or the perceived goals set before them,” Wilder says. The outside pressures, coming at them from every direction, are enormous.

Social media exacerbates the problem. They’re not pretty enough, not perfect enough, not rich enough. Nothing about them seems okay. Our children receive hundreds of subtle (and not-so-subtle) messages each day, and parents are largely unaware of the impact. “People have the anonymity to say horrible things without consequences,” Lopez says. “Our kids are stuck with that, and they typically don’t talk about it.” Of the several alumni parents I polled, all of them advocated for rules around cell phones and strict monitoring of social media accounts. Waiting as long as possible to give a child a phone—eighth grade was the goal, while third grade seemed to be the reality—paid dividends. Following their children’s social media accounts, keeping the phones in the parents’ bedroom overnight, all these rules calmed down their kids.

Favor Conversations Over Lectures Plenty of parents are happy to supplement their children’s academic education: Kumon, language immersion, academic boot-camps, and outside tutoring. We check our child’s grades more often than their social media accounts. We’re more in tune with their academic lives than their social and emotional lives—maybe because test scores are a quantifiable barometer; or maybe because emotional check-ins are hard for both parent and child.

“It’s about conversations,” Lopez says. “Not interrogations. Ask questions like: Would I like Snapchat? What’s the benefit of Instagram? What are some interesting comments you’ve received?” Ask questions in a calm tone, and educate yourself without judgment or criticism. “Knowledge is power,” says Lopez. We’re not in the dark about homework and grades. We should be even more curious when it comes to social media. Likewise, when opportunities arise in the real world—a bad call at a baseball game or a controversial world event— talk through your thoughts with your child. “Engage your child in conversations that help them identify problems and design solutions,” says Thorson. “When kids work through the problem-solving process with you, they grow their ability to think critically on their own.”

Several years ago, when my own daughter was in fourth or fifth grade, we walked across a grocery store parking lot. I saw an acquaintance down the way, called to her, and waved. Nothing. I was sure she saw me, but she turned and got into her car without a word. Sulking from the perceived slight, I started feeling sorry for myself.

“She probably didn’t see you,” my daughter said. “Or she’s got stuff on her mind.”

“Maybe,” I said without conviction. “Not everything’s about you,” she said. “Get over yourself.” I asked how she got so wise. She shrugged and said, “School.”

If we listen to the lessons our children bring home—not just the math, science, and history ones—we might learn even more than we teach.

Marrie Stone is a local writer, interviewer, the Co-Host of “Writers on Writing” at KUCI, 88.9FM, and the mother of Haley Rovner (’15). Contact: marriestone@gmail.com

This story is from:
Pegasus Magazine — Spring 2020
by The Pegasus School