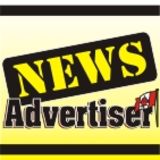 Story Preview - Read the full story in the January 13, 2021 edition of the News Advertiser - now online!

On December 6 the Mundare Branch of the Ukrainian Catholic Women’s League celebrated their 75th anniversary with a special divine liturgy at Sts. Peter & Paul Church in Mundare. Unfortunately, due to the pandemic, only a handful of women were able to participate.

The Mundare Branch was founded on December 4, 1945, amongst one of the first in the province. A total of 38 ladies joined that year. President was Irene Ferbey, Secretary was Ann Sheptycki, and Treasurer was Jennie Ostolosky. The ladies were active in the community, supporting the museum, teaching “Ridna Shkola” (Ukrainian School) and offering lessons in Ukrainian crafts, canvassing for worthwhile causes, fundraising through various means, and catering, catering, catering.

Read the full story in the January 13, 2021 edition of the News Advertiser - now online!