For ten years, Arts &amp; Humanities Endowed Chair Richard Brettell has promoted an international cultural relationship with France. Brettell was recently honored by the Ordre des Arts et des Lettres as a commandeur for his work with the French Regional &amp; American Museum Exchange (FRAME). The Ordre des Arts et des Lettres was established in France in 1957 to honor great contributions to French culture. There are three ranks,

which a member can be recognized: chevalier (knight), officier (officer) and commandeur (commander). Brettell was awarded the chevalier rank for an exhibit he did in association with the 1984 Olympics in Los Angeles. Brettell said one of the things that make his commandeur status so significant is because he skipped the officier rank completely. “I am now sitting on a cloud with lots of famous people who have received this highest rank in the Order of Arts and Letters,” Brettell said. “The arts are, in the end, the

most effective medium of cultural diplomacy because they communicate across national, linguistic, religious and ideological boundaries.” FRAME was founded in 1999 in collaboration with Brettell, Francoise Cachin and Elizabeth Rohatyn as an exchange between the regional museums of France and the museums of the United States. FRAME is the first organization that has promoted this exchange. Brettell has been the director of FRAME since it began, but has recently resigned his position to move to the Board of Directors. The American office of

FRAME is located at UTD and is coordinated by Arts &amp; Humanities Interpreter, Pierrette Lacour. “(FRAME) is a very important organization for cultural diplomacy,” Lacour said. FRAME’s most recent exhibit, “The Mourners: Tomb Sculpture form the Court of Burgundy” is currently showing at the Dallas Museum of Art (DMA). Lacour said this exhibit is FRAME’s most ambitious project. Brettell is currently teaching a course about the exhibit at the DMA along with two professors from SMU and professors from all over the country.

Board to invite him as the feature poet at their most recent Underground Poetry Circus (UPC) on Oct. 21 said interdisciplinary studies senior Tyree Daniels. “We wanted to spread awareness and diversity,” Daniels said. “He brought something more to the

Hard working, dedicated and no nonsense are all adjectives which gave one graduate student the ability to follow her dreams ­— and write about a little girl who turned into a sandwich. Arts &amp; Humanities graduate student and teaching assistant Barbara Vance wrote, illustrated and published a children’s poetry book titled “Suzie Bitner Was Afraid of the Drain,” which she affectionately calls “Suzie.” “Suzie” began as a single poem Vance came up with as she went through her day, and was originally intended to amuse solely herself. “It is a children’s book, but it surprised me how many adults liked it,” Vance said. “I think there’s a misconception that if (a book is) light, funny or displays some sort of wonder of the world, it isn’t for adults.” Part of the enjoyment in writing, Vance said, was that she was able to look at things that previously happened in her life and interpret them in new ways. While her poems began as a way to escape seriousness, Vance’s project soon became part of her work. She undertook creating roughly 50 poems for her senior thesis at UTD. The first time Vance sent her book to publishers it was just short of 50 poems. She said the publishers liked her poetry, but said there wasn’t enough of it. Shortly after she received letters from the publishers, Vance began work on her master’s degree and didn’t have enough time to work on her book until 2008. Former student of Vance and business administration junior Michael Kown said he isn’t in the least surprised that Vance created her own book. “She helped me a lot with my own writing,” Kown said. “She does live the subject she teaches.” Previously a Rhetoric 1302 professor and currently a teaching assistant for Emerging Media &amp; Communications, Vance’s love of teaching came through in her book. Vance said high level vocabulary words found their way into her book for two reasons. One, because she was writing for herself and the words found their way in naturally, and two, because she wanted to help kids develop their vocabularies and read contextually. “I wasn’t going to hold back on what I wanted to say,”

Tim’m West performing his poems and music at the Underground Poetry Circus on Oct. 21 in The Pub.

Rappers can often be perceived as rough, grimy, sexist and straight. Writer Tim’m West challenges these roles with his own definition of what music and poetry should be. West is a black, HIV posi-

tive bisexual man who uses poetry, music, literature and public speaking to confront the stereotypes and barriers of his demographics. “I think unfortunately because we have such homophobia, it really deprives young black boys of building connections with one another that are kind of loving, sustaining

and nurturing in a way that some girls get to. You can’t talk to your guy friends about your problems, you punch him in the shoulder, not understanding that you can have that without having a sexual relationship,” West said. His unique story and talent inspired UTD’s Student Union Activity and Advisory

Box dwelling brothers teach and give to others Nada Alasmi

For five days in front of the Pub, a group of UTD Kappa Sigma brothers slept and hung out inside a cardboard box. Kappa Sigma fraternity brothers began their annual Box-a-Thon event on Oct. 25. For five days, the brothers lived inside a makeshift cardboard house in order to collect food, money and clothing for the North Texas Food Bank, the Military Heroes Campaign and different local homeless charities.

Kappa Sigma fraternity brothers outside the cardboard box made to raise awareness about homelessness. The brothers took turns living inside the box Oct. 25-30. 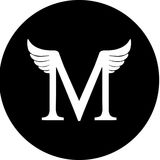