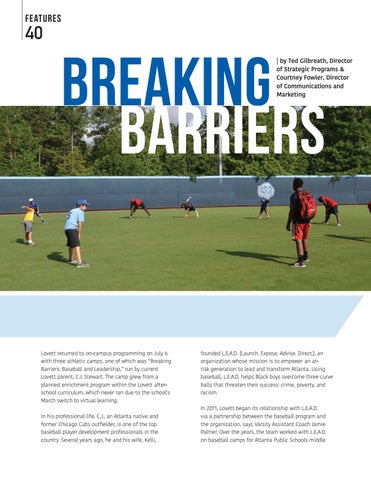 Lovett returned to on-campus programming on July 6 with three athletic camps, one of which was “Breaking Barriers: Baseball and Leadership,” run by current Lovett parent, C.J. Stewart. The camp grew from a planned enrichment program within the Lovett afterschool curriculum, which never ran due to the school’s March switch to virtual learning. In his professional life, C.J., an Atlanta native and former Chicago Cubs outfielder, is one of the top baseball player development professionals in the country. Several years ago, he and his wife, Kelli,

founded L.E.A.D. (Launch. Expose. Advise. Direct.), an organization whose mission is to empower an atrisk generation to lead and transform Atlanta. Using baseball, L.E.A.D. helps Black boys overcome three curve balls that threaten their success: crime, poverty, and racism. In 2011, Lovett began its relationship with L.E.A.D. via a partnership between the baseball program and the organization, says Varsity Assistant Coach Jamie Palmer. Over the years, the team worked with L.E.A.D. on baseball camps for Atlanta Public Schools middle 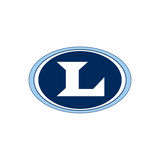 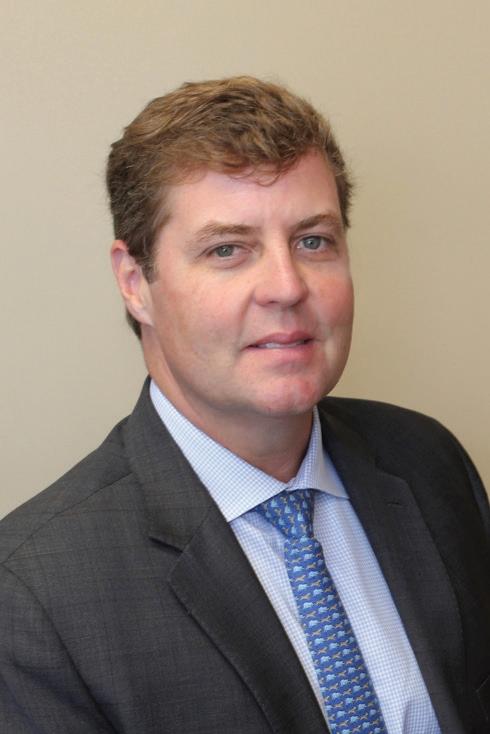 Lovett Board of Trustees Updates 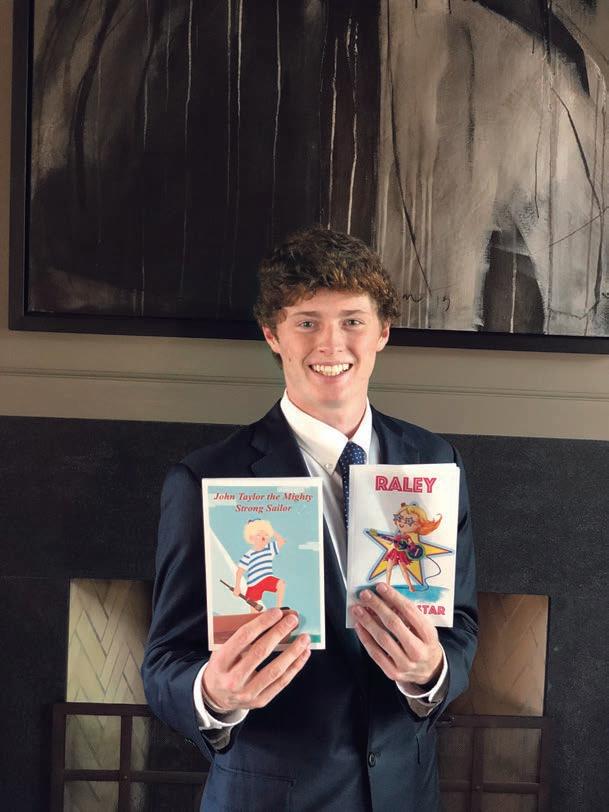 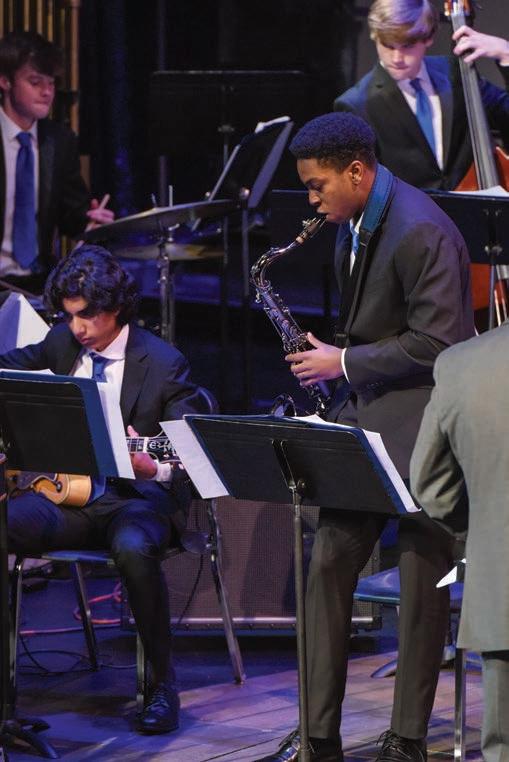 Fine Arts Through the Fall 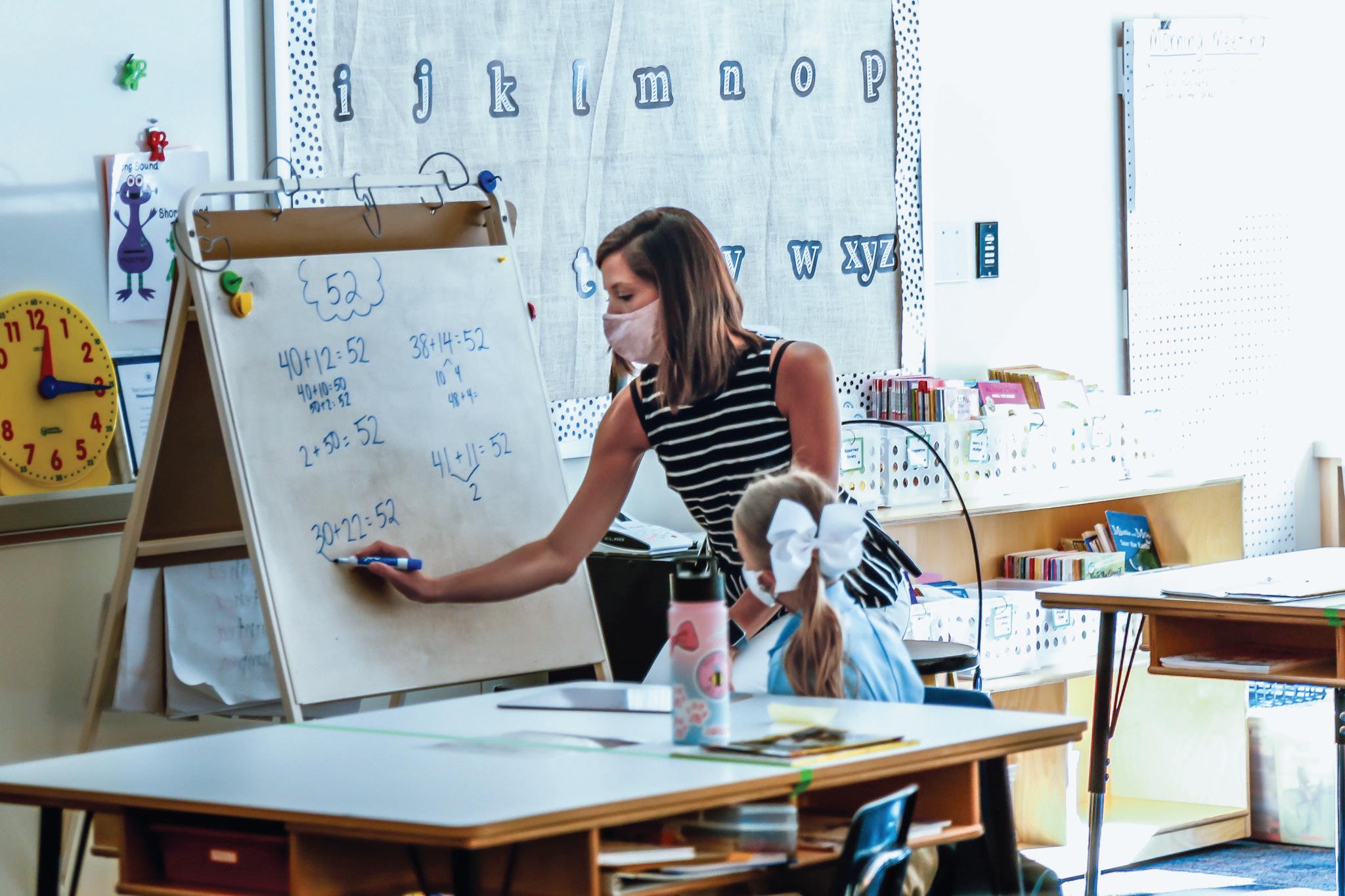 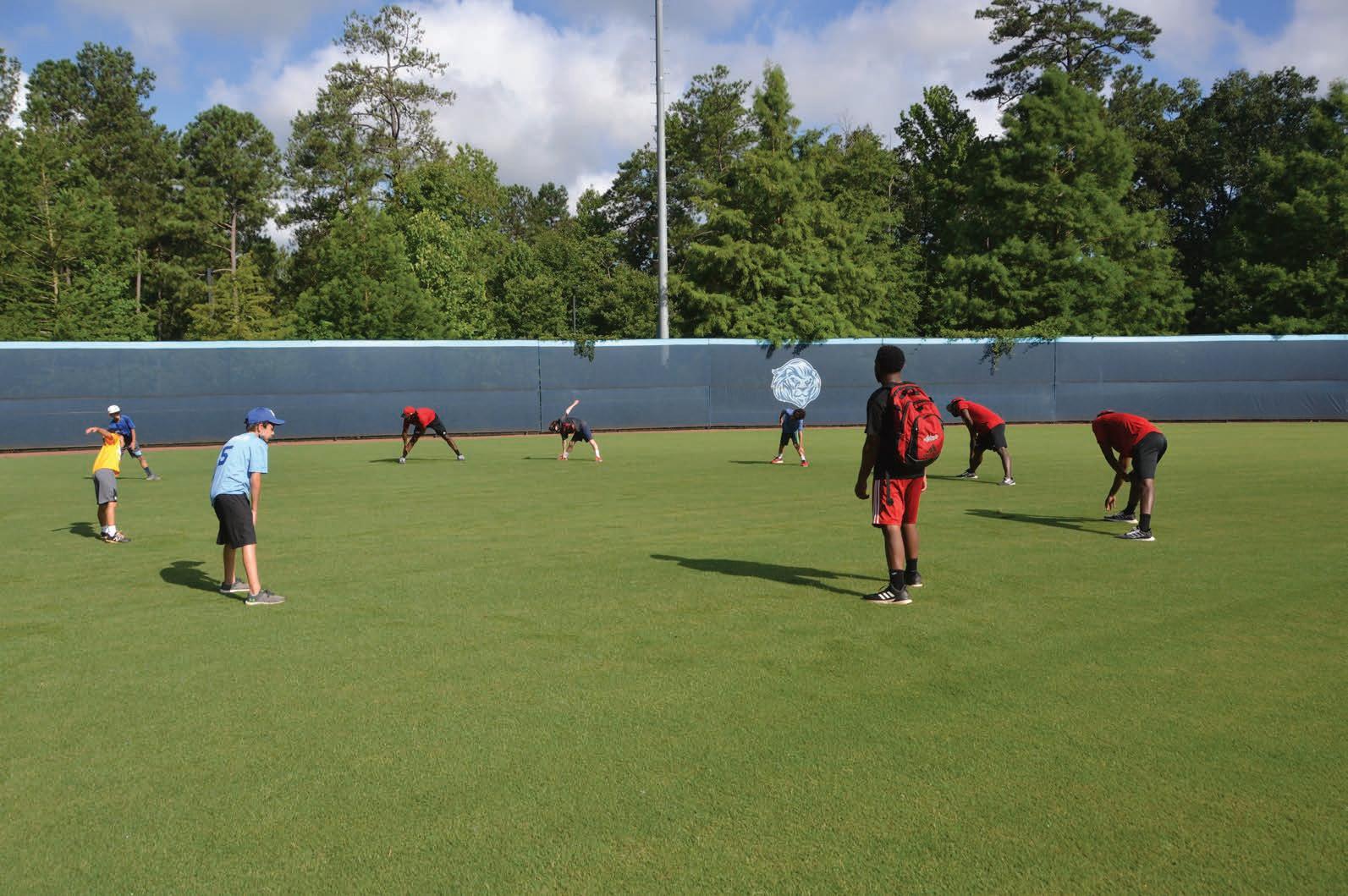 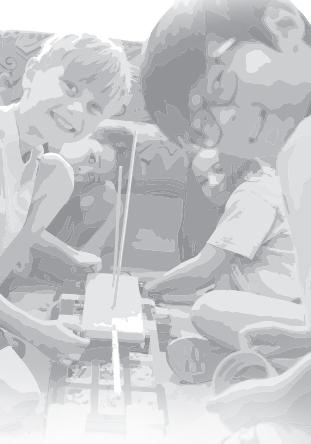 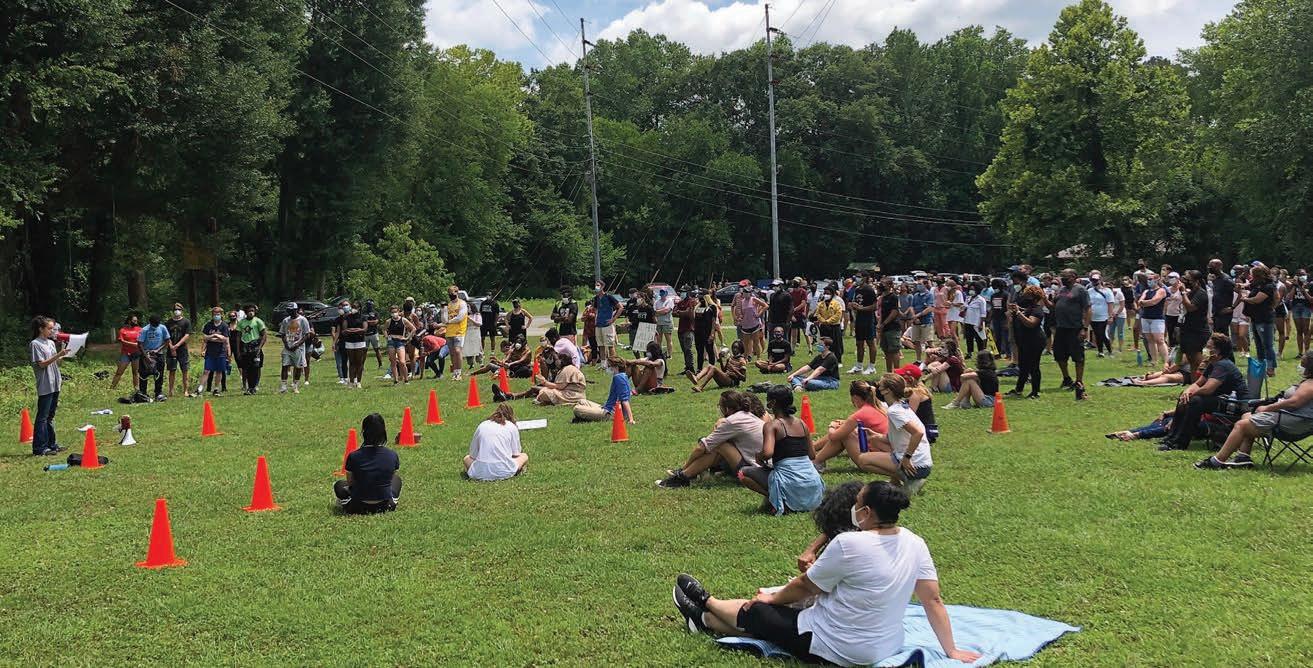 A Note from the Director of Alumni Programs 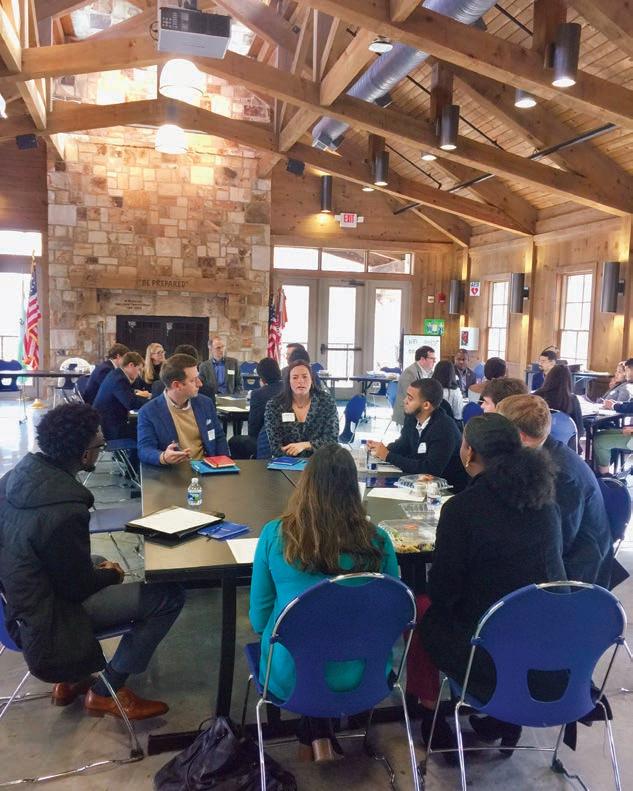 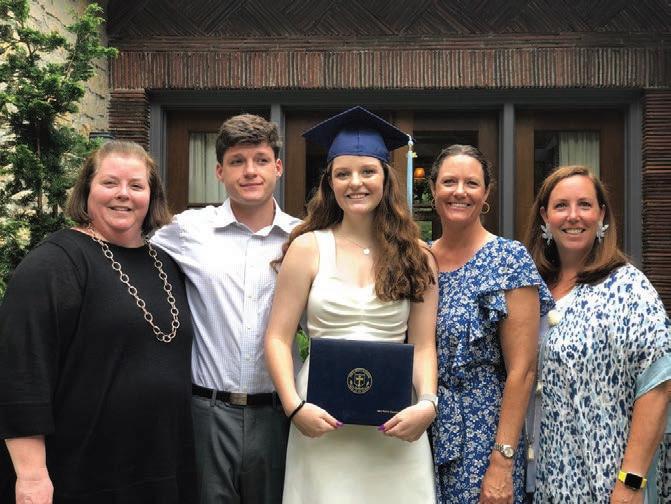 Alumni and Their Grads 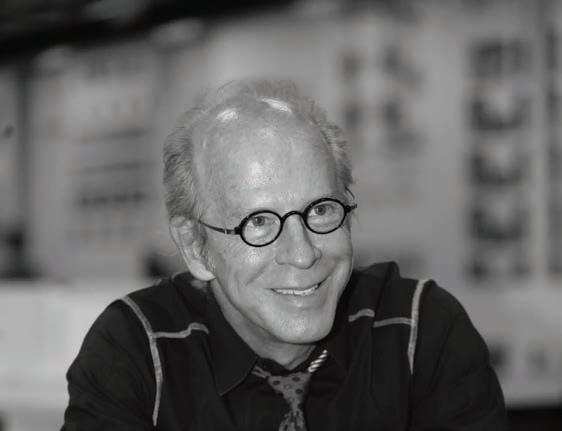 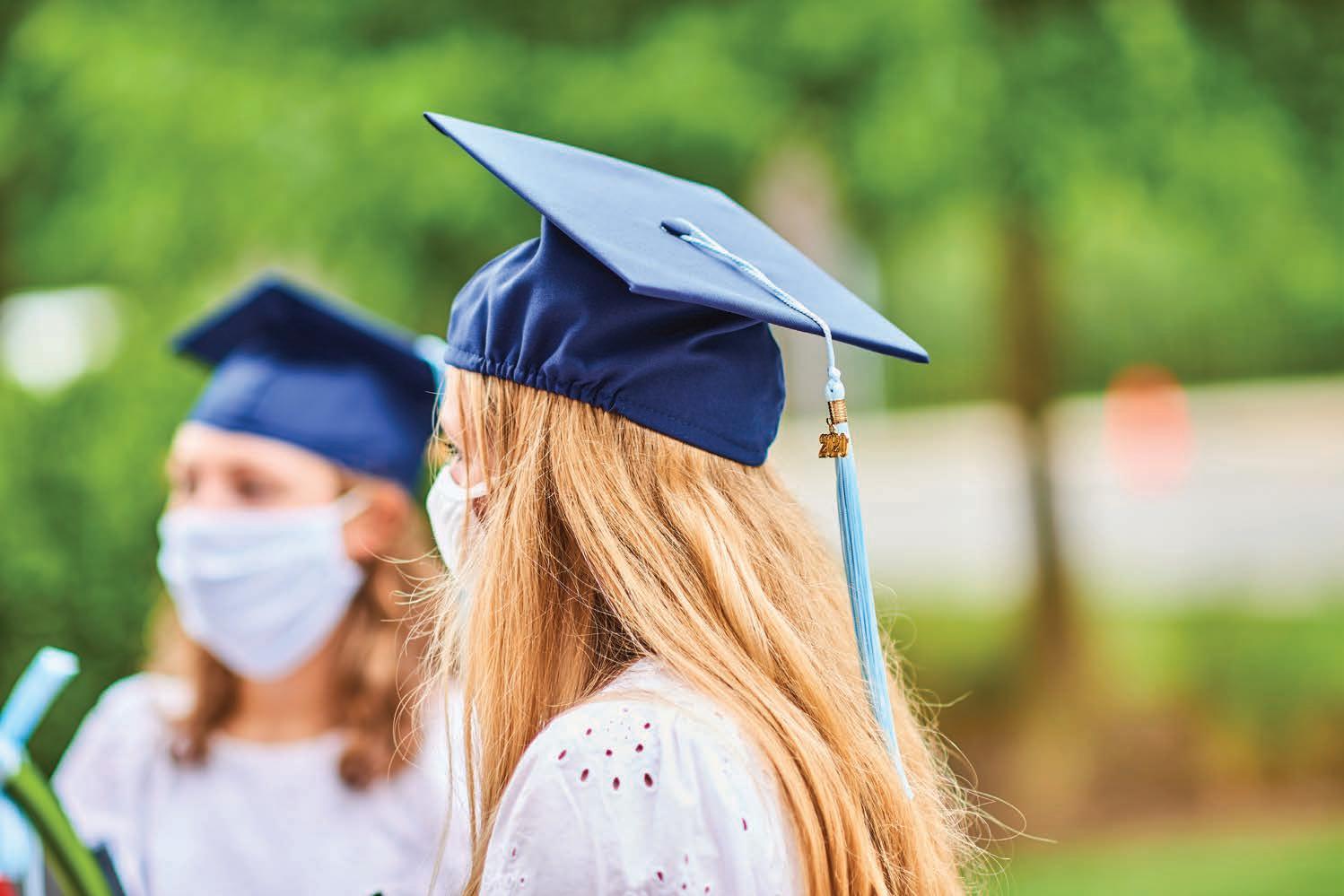