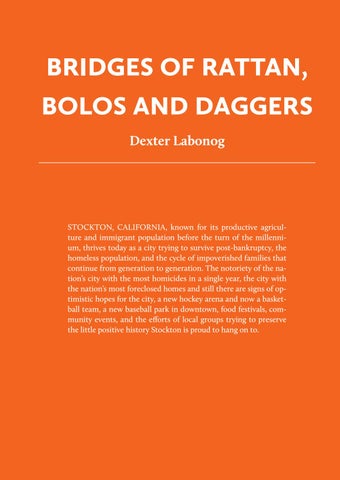 STOCKTON, CALIFORNIA, known for its productive agriculture and immigrant population before the turn of the millennium, thrives today as a city trying to survive post-bankruptcy, the homeless population, and the cycle of impoverished families that continue from generation to generation. The notoriety of the nationâ&amp;#x20AC;&amp;#x2122;s city with the most homicides in a single year, the city with the nationâ&amp;#x20AC;&amp;#x2122;s most foreclosed homes and still there are signs of optimistic hopes for the city, a new hockey arena and now a basketball team, a new baseball park in downtown, food festivals, community events, and the efforts of local groups trying to preserve the little positive history Stockton is proud to hang on to.

The Immersion Review is a peer-reviewed quarterly journal for the martial arts comprehensivist. Founded by The Immersion Foundation, it is a conduit for penetrating insights in combat and combative behavior. It is a space for the dedicated martial artist, who dares to seek ideas from diverse fighting systems. It is for those who seek in martial arts, a language to express life. The first year of the journal is dedicated to the stick arts from around the world, authored by a stellar roster of martial artists. 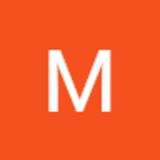