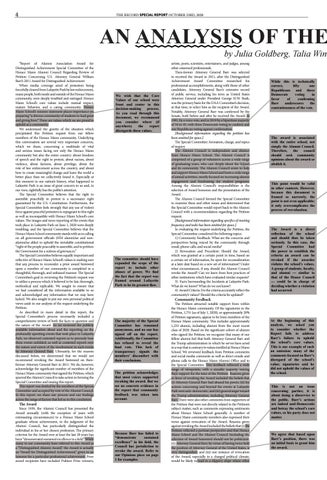 AN ANALYSIS OF THE

“Report of Alumni Association Award for Distinguished Achievement Special Committee of the Horace Mann Alumni Council Regarding Review of Petition Concerning U.S. Attorney General William Barr’s 2011 Award for Distinguished Achievement When media coverage aired of protestors being forcefully cleared from Lafayette Park by law enforcement, many people, both inside and outside of the Horace Mann community, were deeply troubled and outraged. Horace Mann School’s core values include mutual respect, mature behavior, and a caring community. Horace Mann School’s mission statement places importance on preparing “a diverse community of students to lead great and giving lives.” These are values which we are proud to uphold as a community. We understand the gravity of the situation which precipitated this Petition request from our fellow members of the Horace Mann community. Underlying this conversation are several very important concerns, which we share, concerning a multitude of vital and serious issues facing not only the Horace Mann community but also the entire country: about freedom of speech and the right to protest, about racism, about violence, about fairness, about privilege, about the role of law enforcement across the country, and about how to create meaningful change and leave the world a better place than we collectively found it. Especially at this moment in our nation’s history, what happened in Lafayette Park is an issue of great concern to us and, in our view, rightfully has the public’s attention. The Special Committee believes that the right to assemble peacefully in protest is a sacrosanct right guaranteed by the U.S. Constitution. Furthermore, the Special Committee feels strongly that any use of violent force against peaceful protesters is repugnant to this right as well as incompatible with Horace Mann School’s core values. The images and news reporting of the events that took place in Lafayette Park on June 1, 2020 were deeply troubling, and the Special Committee believes that the Horace Mann School community stands with us in calling on all government officials (HM alumni/ae and nonalumni/ae alike) to uphold the inviolable constitutional “right of the people peaceably to assemble, and to petition the Government for a redress of grievances.” The Special Committee believes equally important and reflective of Horace Mann School’s values is making sure that any process to reconsider a prior award bestowed upon a member of our community is completed in a thoughtful, thorough, and unbiased manner. The Special Committee’s goal in reviewing the Petition’s request was to utilize a process which it believed to be fair, thorough, methodical and replicable. We sought to ensure that we had considered all the information available to us and acknowledged any information that we may have lacked. We also sought to put our own personal political views aside in our analysis of the request underlying the Petition. As described in more detail in this report, the Special Committee’s process necessarily included a comprehensive review of both the facts in question and the nature of the Award. As we reviewed the publicly available information about and the reporting on the profoundly upsetting events that took place in Lafayette Park, we observed contested reports as to precisely how these events unfolded, as well as contested reports over the nature and extent of the involvement in such events by Attorney General Barr. Ultimately, for the reasons discussed below, we determined that we would not recommend revoking the Award bestowed on thenformer Attorney General Barr in 2011. We do, however, acknowledge the significant number of members of the Horace Mann community that signed the Petition, which spurred the Alumni Council to take action in forming the Special Committee and issuing this report. This report was drafted by the members of the Special Committee and accepted by vote of the Alumni Council. In this report, we share our process and our findings across the range of factors that led us to this conclusion.

We wish that the Core Values of our school were front and center in this decision-making process. As you read through this document, we recommend you consider where (if anywhere) the report disregards these values.

The committee should have expanded the scope of the report to include other abuses of power. We find the fact that the report was framed around Lafayette Park to be its greatest flaw.

While this is technically correct, fifty one Republicans and three Democrats voting in favor of confirming Barr underscores the contentiousness of the vote.

The award is associated with the entire school, not simply the Alumni Council. Therefore, the council should seek community opinions about the award or abolish it.

This point would be valid in other contexts. However, because this document is framed so narrowly, the point is not even applicable; it only overcomplicates the process of reevaluation.

The Award is a direct reflection of the school and should thus be taken seriously. In this case, the Special Committee had the power to establish the criteria an award can be revoked if the awardee violates the school’s values. A group of students, faculty, and alumni — similar to that of the Honor Council — could be in charge of deciding whether a violation had occurred.

The majority of the Special Committee has remained anonymous, and no one has signed off on the report. Additionally, the Committee has refused to reveal the final vote. This lack of transparency signals the members’ discomfort with their conclusions. The petition acknowledges that most voices supported revoking the award. But we see no concrete evidence in the report that community feedback was taken into account.

Since 1939, the Alumni Council has presented the Award annually (with the exception of years with extenuating circumstances) to a Horace Mann School graduate whose achievement, in the judgment of the Alumni Council, has particularly distinguished the individual in his or her chosen profession. The primary criterion for the Award over at least the last 20 years has been “demonstrated sustained excellence in a field.” While many in our community have referred to this Award as a “Distinguished Alumni Award,” the Award is actually an “Award for Distinguished Achievement,” given to an honoree for a particular professional achievement. Prior award recipients have included Pulitzer Prize winners,

artists, poets, scientists, entertainers, and judges, among other esteemed professionals. Then-former Attorney General Barr was selected to received the Award in 2011, after the Distinguished Achievement Award Committee researched his professional accomplishments, along with those of other candidates. Attorney General Barr’s extensive record of public service, including his term as United States Attorney General under President George H.W. Bush, was the primary basis for the DAA Committee’s decision, at that time, to select him as the recipient of the Award. Notably, Attorney General Barr was confirmed by the Senate, both before and after he received the Award: in 1991, by a voice vote, and in 2019 by a bipartisan majority of 54 to 45, with three Democrats voting to confirm and one Republican voting against confirmation. [Background information regarding the petition has been omitted for space.] The Special Committee: formation, charge, and topics of inquiry The Alumni Council is independent and distinct from Horace Mann School. The Alumni Council is comprised of a group of volunteers across a wide range of graduating years, who care deeply about the School and its community. The Alumni Council exists to help and support Horace Mann School and hosts a wide range of annual activities, mostly focused on increasing alumni engagement and fundraising for student programs. Among the Alumni Council’s responsibilities is the selection of Award honorees and the presentation of the Award. The Alumni Council formed the Special Committee to examine these and other issues and determined that the Special Committee would report back to the Alumni Council with a recommendation regarding the Petition request. [Background information regarding specifics of meeting frequency and tasks has been omitted for space.] In evaluating the request underlying the Petition, the Special Committee considered the following topics: 1) Community Feedback: What are the concerns and perspectives being voiced by the community through email, phone calls, and social media? 2) Revocation and Precedent: Should the Award, which was granted at a certain point in time, based on a certain set of information, be open for reconsideration at a later date based on a new set of information? Under what circumstances, if any, should the Alumni Council revoke the Award? Can we learn from best practices of other institutions which have evaluated similar requests? 3) Facts Surrounding the Incidents at Lafayette Park: What do we know? What do we not know? 4) Award Criteria: Do the criteria accurately reflect the community’s values? Should the criteria be updated?

Because Barr has failed to “demonstrate sustained excellence” in his field, the Council has jurisdiction to revoke the award. Refer to our Opinions piece on page 1 for examples.

The Petition attracted notable support from within the Horace Mann community. Of the signatories to the Petition, 1,751 (as of July 1, 2020), or approximately 20% of Petition signatures, appear to be from members of the Horace Mann community. This includes approximately 1,233 alumni, including alumni from the most recent class of 2020. Based on the significant cohort of alumni who signed the Petition, we recognize that many of our fellow alumni feel that both Attorney General Barr and the Trump administration in which he serves have acted in a way that is contrary to values instilled at Horace Mann School. We reviewed feedback from Petition comments and social media comments as well as direct emails and phone calls to the Horace Mann Alumni Office and to the Special Committee. This feedback reflected a wide range of viewpoints, with a sizeable majority voicing their support for the tone of the Petition. Reasons given in favor of revoking the Award included the beliefs that (i) Attorney General Barr had abused his power, (ii) his actions concerning and beyond the events at Lafayette Park were anti- democratic, and (iii) general anger toward the Trump administration, including Attorney General Barr. There were also other comments from supporters of the Petition that were not directly related to the Petition’s subject matter, such as comments expressing sentiments about Horace Mann School generally. A number of Horace Mann community members also expressed their views against revocation of the Award. Reasons given against revoking the Award included the beliefs that (i) the Petition reflected a partisan perspective and that Horace Mann School and the Alumni Council (including the selection of Award honorees) should not be politicized; (ii) Attorney General Barr, by virtue of having twice held the position of Attorney General of the United States, is very distinguished; and (iii) one instance of revocation of the Award, especially in a charged political climate, would be likely to lead to a slippery slope where other

At the beginning of this analysis, we asked you to consider whether the Report fails to address Barr’s failure to uphold the school’s core values. This is one example of such an omission: many of the comments focused on Barr’s disregard of the school’s value; signatories said he did not uphold the values of the school. This is not an issue concerning parties; it is about doing a disservice to the public. Barr’s actions are indeed anti-Democratic and betray the school’s core values, so his party does not matter.

We agree that based upon Barr’s position, there was an initial basis to grant him the award. 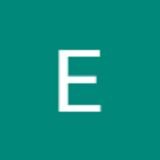