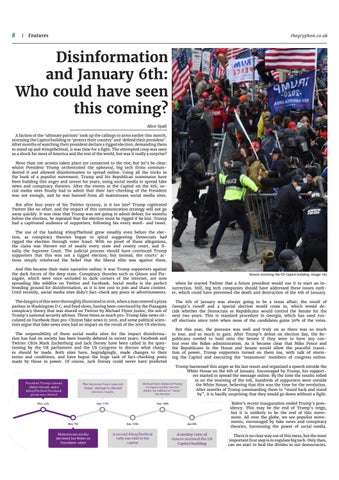 Disinformation and January 6th: Who could have seen this coming? Alice Spall A faction of the ‘ultimate patriots’ took up the callings to arms earlier this month, storming the Capitol building to ‘protect their country’ and ‘defend their president’. After months of watching their president declare a rigged election, demanding them as a shock for most of America and the rest of the world, but was it really a surprise? More than 100 arrests taken place are connected to the riot, but let’s be clear: deered it and allowed disinformation to spread online. Using all the tricks in been building this anger and unrest for years, using social media to spread fake was not enough, and he was banned from all mainstream social media sites.

tion, as conspiracy theories began to spiral suggesting Democrats had supporters that this was not a rigged election, but instead, the courts’ actions simply reinforced the belief that the liberal elite was against them. the dark forces of the deep state. Conspiracy theories such as QAnon and Pizzagate, which were once secluded to dark corners of the internet, are now -

But this year, the pressure was well and truly on as there was so much ing the Capitol and executing the ‘treasonous’ members of congress online. ers started to spread the message online. By the time the results rolled

Join us in Issue 3 as we hear the voices of those affected by Brexit, coronavirus and the end of the Erasmus scheme. 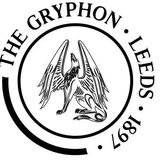 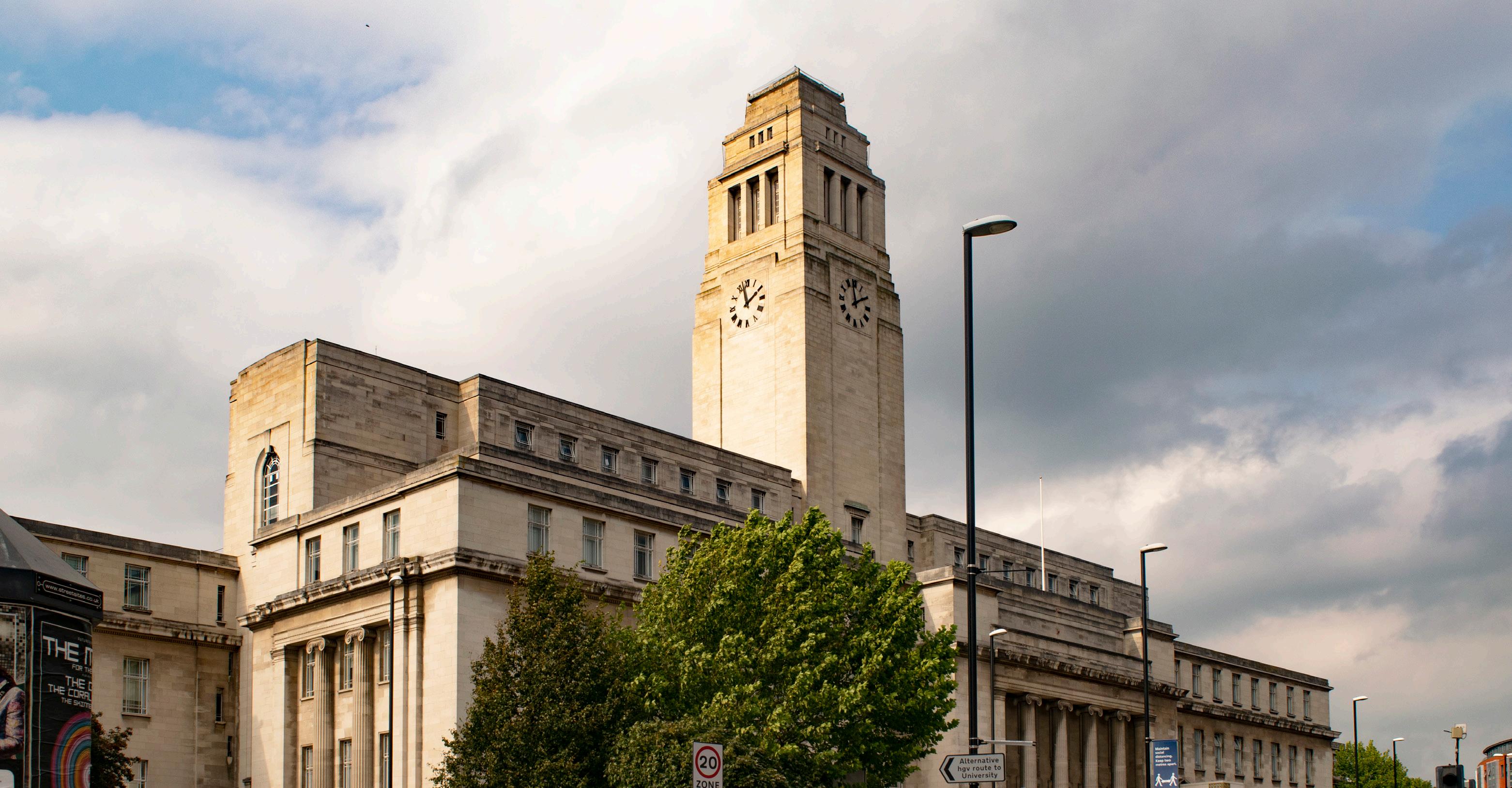 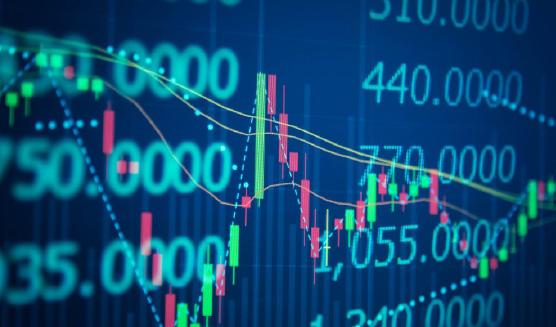 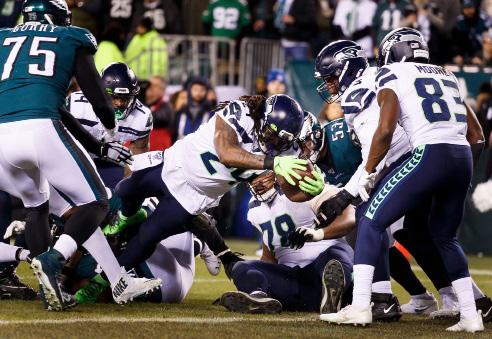 More from The Gryphon