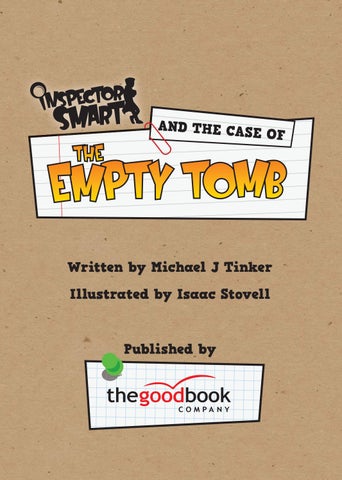 AND THE CAS E OF

Inspector Smart sat at his desk looking over a very interesting case he had just been handed.

ase The C of the

According to the file there was a man called

Jesus, who had done some strange things. Normally when people are

sick, they call a doctor and the doctor gives them some medicine to try and make them better again. But Jesus could make people better simply by

Normally when people want to cross some water, they walk on a bridge. But Jesus could cross a lake by walking

on the water itself! Fig 02

And normally when people die, they stay dead. But Jesus had raised a little girl to life simply by telling her to

Then something sad happened. Jesus was treated like a criminal, sent to court and

Jesus had said he was the

But this is where the case got really

people who had died. A

guard to make sure no one stole Jesus’ body.

But when some women got to the tomb on Sunday,

gone, the stone had been rolled away and the tomb was… the guards were

“Very interesting,” thought Inspector Smart. It was time to do some investigating. 6

Inspector Smart got into his superduper police chariot pulled by his trusty horse,

and rode off into 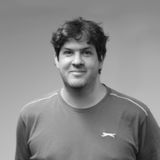 Look Inside: b'Inspector Smart and the Case of the Empty Tomb'

Look Inside: b'Inspector Smart and the Case of the Empty Tomb'