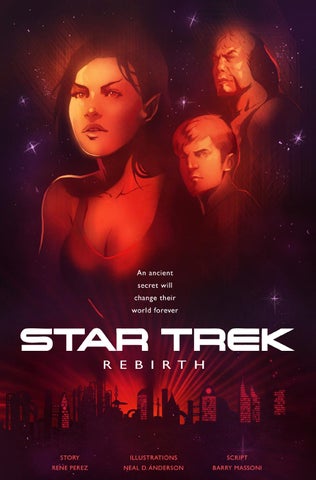 A shadow passes over the civilization of a distant planet. Though there are rumors that something great once existed, any trace of it has been wiped from the official histories, and itâ&amp;#x20AC;&amp;#x2122;s illegal to even speculate about what once was. Humans and Vulcans toil together, but separately, on a benighted Planet while Klingons inhabit a dangerous and forbidden outland. For humans the work is repetitive drudgery in loathsome factories and dangerous mines. Vulcans engineer and oversee those places. Klingons live like savages, hunting and scavenging in the swamps and forests unfit for industrialization.

Most only speculate silently about the taboo myths they can never speak of openly, until an explosion deep in an ore processing mine puts an artifact in the hands of a young Vulcan woman named Doralne. The technology of the device is unfamiliar to her. Itâ&amp;#x20AC;&amp;#x2122;s far more advanced than anything on this planet, and although it has been buried for centuries and encrusted by minerals, it still works.

Knowing this may be proof of the forbidden past, she contacts a young human worker, William, whose life revolves around working endless repetitive tasks for enough credits to watch the eveningâ&amp;#x20AC;&amp;#x2122;s entertainment display in his parentsâ&amp;#x20AC;&amp;#x2122; habitation unit. William has always lusted after Doralne even though she shows no interest in him. Doralne needs an ally and she knows William will be willing to help.

Doralne and William abandon their old lives and set out on a dangerous trek into Klingon territory where they find Gâ&amp;#x20AC;&amp;#x2122;hom, an old Klingon ostracized by the high council for speaking openly about seeing something that proved a past, and more advanced, civilization existed.Â

They set off on their quest. Doralne cannot help but wonder what they will find. What object could possibly change their understanding of the world?

As soon as their journey takes the adventurers out of Klingon territory, Police droids from the overlords that control human and Vulcan society block the way.

While Doralne and William are no fighters, the Droids are no match for the Klingon warrior sworn to protect them.

This is the wreckage the elder Gâ&amp;#x20AC;&amp;#x2122;hom had seen so many years earlier, the wreckage the overlords of their society had kept hidden for so long- finally, indisputable proof of a of the ancient ones.Â

The three adventurers find that they can access the interior of the ship by diving to an airlock.

Despite the obvious age of the wreck, attested by the forest’s overgrowth outside, and the state of crumbling bones of its former crew, everything inside works, as if it’s just waiting for its crew to return from shore-leave.

When the explorers get to the bridge they trigger an automated hologram which delivers a final message from the doomed ship.

This centuries old message sparks something in each of them. An idea. A template for a better way to exist. Now their real journey can begin...

Star Trek Fan Fiction Comic Book. Synopsis: On a planet far from Earth, a Human, a Vulcan and a Klingon will discover an ancient secret that will change their work for ever. 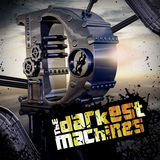