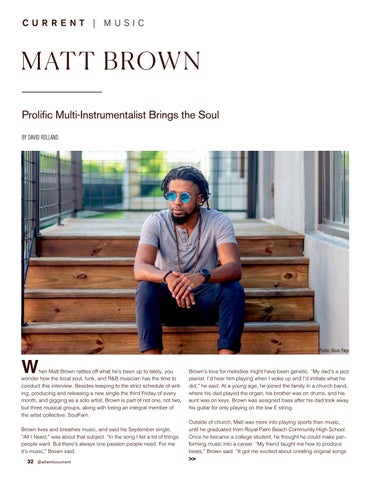 hen Matt Brown rattles off what he’s been up to lately, you wonder how the local soul, funk, and R&amp;B musician has the time to conduct this interview. Besides keeping to the strict schedule of writing, producing and releasing a new single the third Friday of every month, and gigging as a solo artist, Brown is part of not one, not two, but three musical groups, along with being an integral member of the artist collective, SoulFam. Brown lives and breathes music, and said his September single, “All I Need,” was about that subject. “In the song I list a lot of things people want. But there’s always one passion people need. For me it’s music,” Brown said.

Photos: Alexis Paige Brown’s love for melodies might have been genetic. “My dad’s a jazz pianist. I’d hear him playing when I woke up and I’d imitate what he did,” he said. At a young age, he joined the family in a church band, where his dad played the organ, his brother was on drums, and his aunt was on keys. Brown was assigned bass after his dad took away his guitar for only playing on the low E string. Outside of church, Matt was more into playing sports than music, until he graduated from Royal Palm Beach Community High School. Once he became a college student, he thought he could make performing music into a career. “My friend taught me how to produce beats,” Brown said. “It got me excited about creating original songs 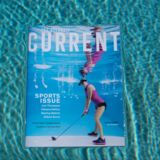