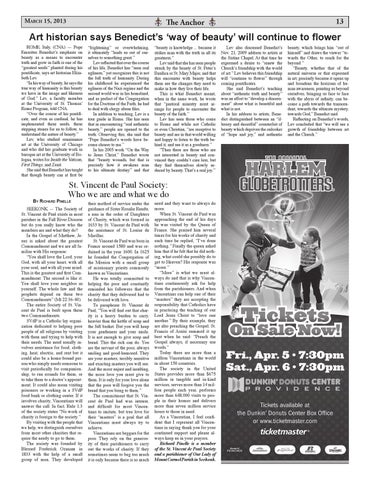 Rome, Italy, (CNA) — Pope Emeritus Benedict’s emphasis on beauty as a means to encounter truth and grow in faith is one of the “greatest seeds” planted during his pontificate, says art historian Elizabeth Lev. “In his way of beauty, he says the true way of humanity is this beauty we have in the image and likeness of God,” Lev, a faculty member at the University of St. Thomas’ Rome Program, told CNA. “Over the course of his pontificate, and even as cardinal, he has implemented these seeds, these stepping stones for us to follow, to understand the nature of beauty.” Lev, who studied renaissance art at the University of Chicago and who did her graduate work in baroque art at the University of Bologna, writes for Inside the Vatican, First Things, and Zenit. She said that Benedict has taught that though beauty can at first be

“frightening” or overwhelming, it ultimately “leads us out of ourselves to something great.” Lev reflected that over the course of his life, Benedict has “seen real ugliness,” yet recognizes this is not the full truth of humanity. During his childhood he experienced the ugliness of the Nazi regime and the second world war in his homeland, and as prefect of the Congregation for the Doctrine of the Faith, he had to deal with clergy abuse files. In addition to teaching, Lev is a tour guide in Rome. She has seen that in encountering “real authentic beauty,” people are opened to the truth. Observing this, she said that “Pope Benedict’s words have become clearer to me.” In his 2005 work “On the Way to Jesus Christ,” Benedict wrote that “beauty wounds, but that is precisely how it awakens man to his ultimate destiny” and that

their method of service under the guidance of Sister Rosalie Rendu, a nun in the order of Daughters of Charity, which was formed in 1633 by St. Vincent de Paul with the assistance of St. Louise de Marillac. St. Vincent de Paul was born in France around 1580 and was ordained in the year 1600. In 1625 he founded the Congregation of the Mission with a small group of missionary priests commonly known as Vincentians. He was totally committed to helping the poor and constantly reminded his followers that the charity that they delivered had to be delivered with love. To paraphrase St. Vincent de Paul, “You will find out that charity is a heavy burden to carry, heavier than the kettle of soup and the full basket. But you will keep your gentleness and your smile. It is not enough to give soup and bread. This the rich can do. You are the servant of the poor, always smiling and good-humored. They are your masters, terribly sensitive and exacting masters you will see. And the more unjust and insulting, the more love you must give to them. It is only for your love alone that the poor will forgive you the bread that you bring to them.” The commitment that St. Vincent de Paul had was intense, and difficult for most Vincentians to imitate, but true love for their “masters” is a goal that all Vincentians must always try to achieve. Vincentians are beggars for the poor. They rely on the generosity of their parishioners to carry out the works of charity. If they sometimes seem to beg too much it is only because there is so much

“beauty is knowledge ... because it strikes man with the truth in all its greatness.” Lev said that she has seen people struck by the beauty of St. Peter’s Basilica or St. Mary Major, and that this encounter with beauty helps them see the changes they need to make in how they live their life. This is what Benedict meant, when in the same work, he wrote that “pastoral ministry must arrange for people to encounter the beauty of the faith.” Lev has seen those who come to Rome and while not Catholic or even Christian, “are receptive to beauty and are in that world willing and happy to listen to the truth behind it, and see it as a goodness.” “Then there are those who are not interested in beauty and convinced they couldn’t care less, but they find themselves slowly seduced by beauty. That’s a real joy.”

St. Vincent de Paul Society: Who we are and what we do

SEEKONK — The Society of St. Vincent de Paul exists in most parishes in the Fall River Diocese but do you really know who the members are and what they do? In the Gospel of Matthew, Jesus is asked about the greatest Commandment and we are all familiar with His response: “You shall love the Lord, your God, with all your heart, with all your soul, and with all your mind. This is the greatest and first Commandment. The second is like it: You shall love your neighbor as yourself. The whole law and the prophets depend on these two Commandments” (Mt 22:36-40). The entire Society of St. Vincent de Paul is built upon these two Commandments. SVdP is a Catholic lay organization dedicated to helping poor people of all religions by visiting with them and trying to help with their needs. The need usually involves assistance for food, clothing, heat, electric, and rent but it could also be a home-bound person who simply needs someone to visit periodically for companionship, to run errands for them, or to take them to a doctor’s appointment. It could also mean visiting prisoners or working in a SVdP food bank or clothing center. If it involves charity, Vincentians will answer the call. In fact, Rule 1.3 of the society states “No work of charity is foreign to the society.” By visiting with the people that we help, we distinguish ourselves from most other charities that require the needy to go to them. The society was founded by Blessed Frederick Ozanam in 1833 with the help of a small group of men. They developed

need and they want to always do more. When St. Vincent de Paul was approaching the end of his days he was visited by the Queen of France. She praised him several times for his works of charity and each time he replied, “I’ve done nothing.” Finally the queen asked him that if he felt that he did nothing, what could she possibly do to get to Heaven? His response was “more.” “More” is what we must always do and that is why Vincentians continuously ask for help from the parishioners. And when Vincentians can help one of their “masters” they are accepting the responsibility that Catholics have in practicing the teaching of our Lord Jesus Christ to “love one another.” By their example, they are also preaching the Gospel. St. Francis of Assisi summed it up best when he said: “Preach the Gospel always, if necessary use words.” Today there are more than a million Vincentians in the world in about 150 countries. The society in the United States provides more than $675 million in tangible and in-kind services, serves more than 14 million people each year, performs more than 648,000 visits to people in their homes and delivers more than seven million service hours to those in need. As a Vincentian, I feel confident that I represent all Vincentians in saying thank you for your continued support and please always keep us in your prayers. Richard Pinelle is a member of the St. Vincent de Paul Society and a parishioner of Our Lady of Mount Carmel Parish in Seekonk.

Lev also discussed Benedict’s Nov. 21, 2009 address to artists at the Sistine Chapel. At that time he expressed a desire to “renew the Church’s friendship with the world of art.” Lev believes this friendship will “continue to flower” through coming pontificates. She said Benedict’s teaching about “authentic truth and beauty” was an effort to “develop a discernment” about what is beautiful and what is not. In his address to artists, Benedict distinguished between an “illusory and deceitful” counterfeit of beauty which deprives the onlooker of “hope and joy,” and authentic

beauty, which brings him “out of himself” and draws the viewer “towards the Other, to reach for the beyond.” “Beauty, whether that of the natural universe or that expressed in art, precisely because it opens up and broadens the horizons of human awareness, pointing us beyond ourselves, bringing us face to face with the abyss of infinity, can become a path towards the transcendent, towards the ultimate mystery, towards God,” Benedict said. Reflecting on Benedict’s words, Lev concluded that “we will see a growth of friendship between art and the Church.” 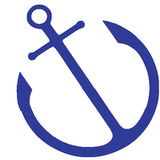