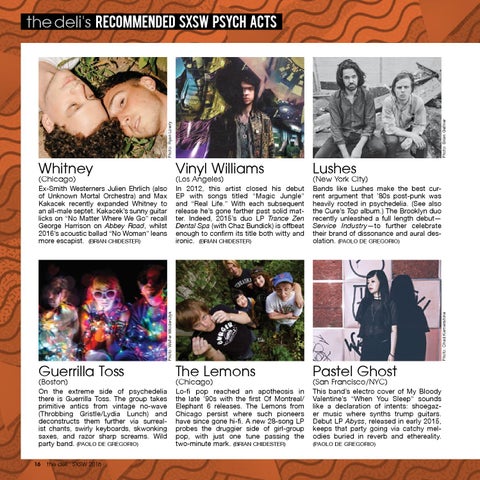 Lo-fi pop reached an apotheosis in the late ’90s with the first Of Montreal/ Elephant 6 releases. The Lemons from Chicago persist where such pioneers have since gone hi-fi. A new 28-song LP probes the druggier side of girl-group pop, with just one tune passing the two-minute mark. (Brian Chidester)

This band’s electro cover of My Bloody Valentine’s “When You Sleep” sounds like a declaration of intents: shoegazer music where synths trump guitars. Debut LP Abyss, released in early 2015, keeps that party going via catchy melodies buried in reverb and ethereality.