One student weighs in on the importance of students voicing their opinions through voting and how they can’t depend on anyone but themselves to help make changes within our country. Read more on page B2.

The Bicycle Collective in the East Village, works with charities to provide individuals with free bikes and sponsors its own programs that work to provide bikes to those with transportation needs. Read more on page C3.

SPEED Drake prepares its students for the professional world with pregraduation experience. Kylie Ladley, recruiter at Midwest Professional Staffing, talks about what employers look for. Read more on page E7.

UNITY Campus Climate team moves solutions forward Roundtable different types of staff on campus Drake. do actually need to work on these were represented, we wanted • Color, multiple race, LGBQ, things. I was excited to see the student representation … We women and disabled respondents starting point to where we need gains did our best to be thoughtful all felt less comfortable than to go in the future. I was excited to represent all the different white, heterosexual, male and to at least have that starting point governing constituents on our campus.” non-disabled respondents in and have tangible ways to go SDAT was created to oversee regards to the campus climate. about that.” Drake University has body status committed the survey assessment process, • Four percent of respondents From there, Heymann to obtaining a student Jess Lynk News Editor jessica.lynk@drake.edu @jessmlynk

UNITY Roundtable officially became a governing body after issuing a series of demands to Student Senate on March 31. Drake is the second university in the country, after the University of Kansas, to give a multicultural organization group like UNITY governing body status. The organization will now be under the umbrella of Senate, but will have its own bylaws and constitution to govern multicultural organizations and advocacy groups. UNITY Roundtable recently brought a list of demands to Student Senate following what UNITY felt was discriminatory budget cuts. To address the demands, Senate created a working group of senators who would work with UNITY representatives in several closed meetings to address the four demands. The following week’s meeting took the first steps to obtaining governing body status, which was becoming a student organization recognized by Senate. On April 14, UNITY and its supporters saw the outcome of their demands become reality. CONTINUED ON PAGE A6

population where 22 percent of students identify as a domestically diverse student of color by 2020. This initiative is part of the Campus Climate Next Steps, resulting from the data collected from the Campus Climate Survey released last month. The process

In spring 2014, the provost invited Melissa Sturm-Smith, associate provost for academic excellence; Renee Cramer, associate professor of law, politics; and society and Michael Couvillon, associate professor of education to lead the Strategic Diversity Action Team (SDAT). The three then pulled together 27 other students, faculty and staff to sit on SDAT in order to start the process of changing the campus climate. “We wanted to make sure we were representative of the campus community,” Sturm-Smith said. “We wanted to make sure colleges and schools were represented,

and has taken steps to move forward from the survey results and help make Drake a more inclusive environment. The team then contracted Rankin & Associates to help conduct the survey. The Campus Climate Survey was filled out by over 30 percent of campus in Feb. 2015. “We worked really hard with our team to get the word out on campus to students, faculty and staff and were super pleased with the response rate,” Sturm-Smith said. The survey collected data focused on the experiences and perceptions of various groups on campus. The results

Dr. Sue Rankin, the associate who consulted with SDAT for the survey, then presented selective, key conclusions and helped to zero in on the initial findings. • 80 percent of respondents felt comfortable with the climate at

felt that they had experienced unwanted sexual contact. The team then conducted 22 “next step forums” asking Drake community members the question: “Based on your understanding on the findings from the survey, What’s next?’ “This has all come from our community, whether it be from the data or then people’s reactions to the data and what they think Drake should do to move things forward in creating an inclusive and welcoming campus environment,” Sturm-Smith said. Analyzing the results

Junior Jackie Heymann, a member of SDAT, spent her J-Term analyzing the forums to help make recommendations to step forward with solutions. “The campus climate survey verified what so many people had talked about on our campus for such a long time,” Heymann said. “This was kind of a way to actually prove that yes, we really

presented her findings and SDAT came up with action steps to move forward from the forums. Next steps

SDAT put forth three action steps with a deadline of March 2017. The first is to appoint a senior-level administrator who will be responsible for “leading and coordinating a holistic institutional commitment to equity and inclusion.” “One person is not the answer,” Strum-Smith said. “We all want to be clear about that. No one wants to see it become this one person’s job to make Drake diverse and inclusive.” The reason that SDAT suggested this step is so that this person can formalize what Drake is doing already and help to create more focus to inclusivity on campus. CONTINUED ON PAGE A4

The Campus Climate Next Steps

Appoint an Equity and Inclusion administrator.

Invest in diversity and inclusion spaces. 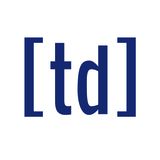