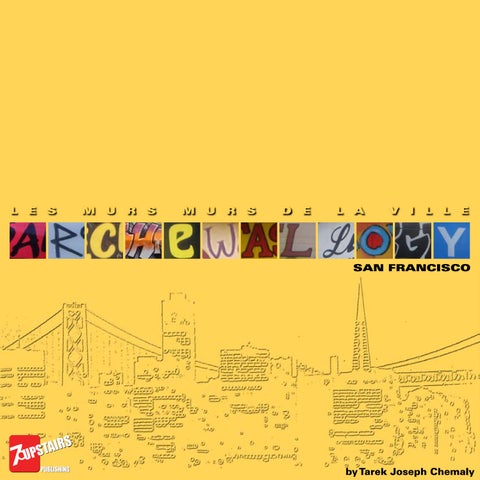 “Why you take picture here?” asked the Asian lady in broken English as she opened her shop on Mission. Not feeling very chatty, I said “Oh, I am a tourist.” “But there is nothing beautiful here,” she asserted and then adding as an afterthought, “Go to Fisherman’s Warf.” Luckily for her and for me, beauty lies in the eye of the beholder, and in this case – the camera holder. Archewallogy San Francisco is a labor of documentation of the walls of the city – and whereas the vast majority of the photos were taken in early 2010, a few date back to my first visit in 2007. Unlike other works which concentrated on the murals of the Mission district, this book also sheds a light on the lesser known – but just as important – “slices of life” that people chose to leave behind while appropriating public space. Apart from the major murals which speak of immigration, metaphysics, respect, solidarity and other such values, I was struck by the many other smaller mementoes glued on the back of stop signs and other “unobtrusive” places: “She cheated on Joe” screams one, “fakeyourowndeath.com” quips another. Politics being a major part of any street movement others declared: “Jewish armer”, “Boycott Israeli Apartheid” and so on… Acting as a barometer for street pulse, these visual signals convey the mood of a nation and sometimes scream what is being whispered: Barack Obama moves from “Hope” (the ubiquitous poster), to its appropriate treatment in Graffiti, to having his photo on a candle wearing St. Francis’ robe (at the epitome of the “Yes, we can” frenzy) to a more realistic sticker “Meet new boss, same as old boss” (signifying the era of rampant disillusion).

Above and beyond all, the “city canvas” (as one stencil refers to the walls of the city) are a place where people reconfigured their surrounding space to make it more hospitable and welcoming and if a person is a product of his geography, these taggers, graffiti artists, writers, and sticker makers were determined to make the geography a product of them in a co-evolutionary symbiosis that fed both “ecosystems” – the man and the city - and changed them forever. Signifying this ambivalence and co-existence the statement: “We didn’t cross the border, the border crossed us” remains one of the most powerful phrases I have read anywhere, a hymn to displacement, immigration, belonging, and that ubiquitous feeling of being “Out of place” to quote Edward Said who figures on two separate murals. At the opposite end of the spectrum the tender “Dare we dream in concrete?” (The title of the poem engraved on a marble plaque and written by the TODCO creative writing class of 1992 in honor of Yerba Buena Gardens) also stirs emotions about beauty and the twisted notion of it within the realm of the unconventional. So if this book is any form of testimonial, it remains a “time capsule” of the walls of San Francisco, and all the “dreams in concrete” which were etched there, some more lasting than others, but all of them just as important, just as revealing, just as worth archiving, just as “archewallogic”.

Alejandro Magyaroff Praise for Getting The News From Poems (2009): “I thought it was fascinating, if a bit bewildering and over-caffeinated at times: quick and liquid, a sort of Kerouac/ Joycean spilling forth of energy and thought. It has momentum, certainly. There is plenty to admire, the mom with her two coffees and 13 mini-cookies, the stuff about passengers clapping when a plane lands safely in the Middle East. It is bound to go places.” Anthony Doerr – Author of The Shell Collector (Commenting on an earlier draft of the manuscript)

“One of the most important poetic voices in the Eastern Mediterranean” Micheal Dennison – American Poet, Chair of the Poetry Department American University of Beirut “Comical, ironic and filled with symbolism and allegory, [Chemaly’s] poems are cleverly wrought glimpses into the human condition.” Alexander Besant – The Daily Star “Somehow in his artwork, to which the self-made book is inextricably linked, Chemaly manages to fuse all his interests together into a lively explosion of pop culture, mass consumerism, and the dual postmodern malaises of loneliness and alienation.” Kaelen Wilson Goldie – The Daily Star

Praise for Archewallogy (2009): “This looks great and if it wouldn’t be you collecting and archiving all this graffiti for years this would never be possible. To use it in this hip hop rap band video where it also belongs is just great. You are the true modern and up to date cultural chronicler of Beirut’s life. It really works well.” Miha Vipotnik, Multimedia artist and painter

“While you state: “truly, to my knowledge there has been no case previously where academia went head on with street culture and produced such a collaborative effect.” you do not acknowledge that you, yourself, are a “street person” of sorts. By that, I reference walking the streets of San Francisco and learning to see things I had walked past so many times before. Your eye for street art (be it graffiti, advertising, people, murals, or whatever) is the creative vision that allowed (perhaps inspired) your book and collaborative effort. Your work is unique, very entertaining, and professionally created. Congratulations!” Jon Leitner, Patron of the arts, CEO C.P. Byrnes

“People were leaning over me on the subway to get a glimpse of what I was reading. This book is a social catalyst!” Caroline O’sullivan – Journalist, The Guardian

“Beautiful work, really great, the book, the format, the clip, everything is really a great package to tell the story, and fly away on its own.” Nadine Touma, Publisher, Dar Onboz

Praise for The Wit and Wisdom of Arty Stotle (2003): “Not only it is well-written and thoughtprovoking, but what I like best about this book is how human it is, and here, I am referring to Chemaly’s self-note of him trying to be a human being in the inner flap of the book, a task at which he supremely succeeds.” Alain de Botton – Author of How Proust Can Change Your Life

How the walls of the city tell its tale like archaeology used to do in the past. This is study of San Francisco. Originally published in 2010 by Tarek Chemaly. 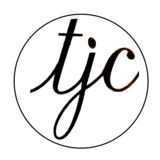