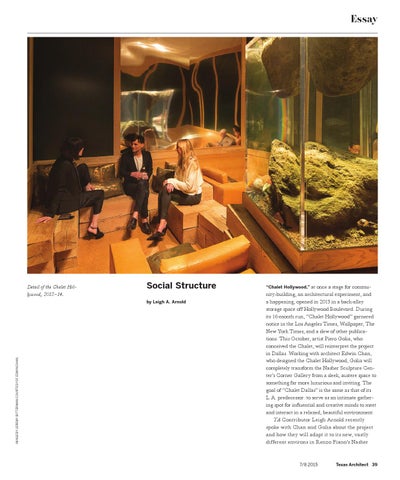 by Leigh A. Arnold

at once a stage for community-building, an architectural experiment, and a happening, opened in 2013 in a back-alley storage space off Hollywood Boulevard. During its 16-month run, “Chalet Hollywood” garnered notice in the Los Angeles Times, Wallpaper, The New York Times, and a slew of other publications. This October, artist Piero Golia, who conceived the Chalet, will reinterpret the project in Dallas. Working with architect Edwin Chan, who designed the Chalet Hollywood, Golia will completely transform the Nasher Sculpture Center’s Corner Gallery from a sleek, austere space to something far more luxurious and inviting. The goal of “Chalet Dallas” is the same as that of its L.A. predecessor: to serve as an intimate gathering spot for influential and creative minds to meet and interact in a relaxed, beautiful environment. TA Contributor Leigh Arnold recently spoke with Chan and Golia about the project and how they will adapt it to its new, vastly different environs in Renzo Piano’s Nasher “Chalet Hollywood,”

The work of architects is the work of making — although often at several steps removed from the physical act of building. The July/August 2015 issue of Texas Architect looks at architects who bridge the gap. 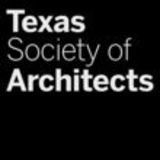