THE GREATEST SHOAL ON EARTH. 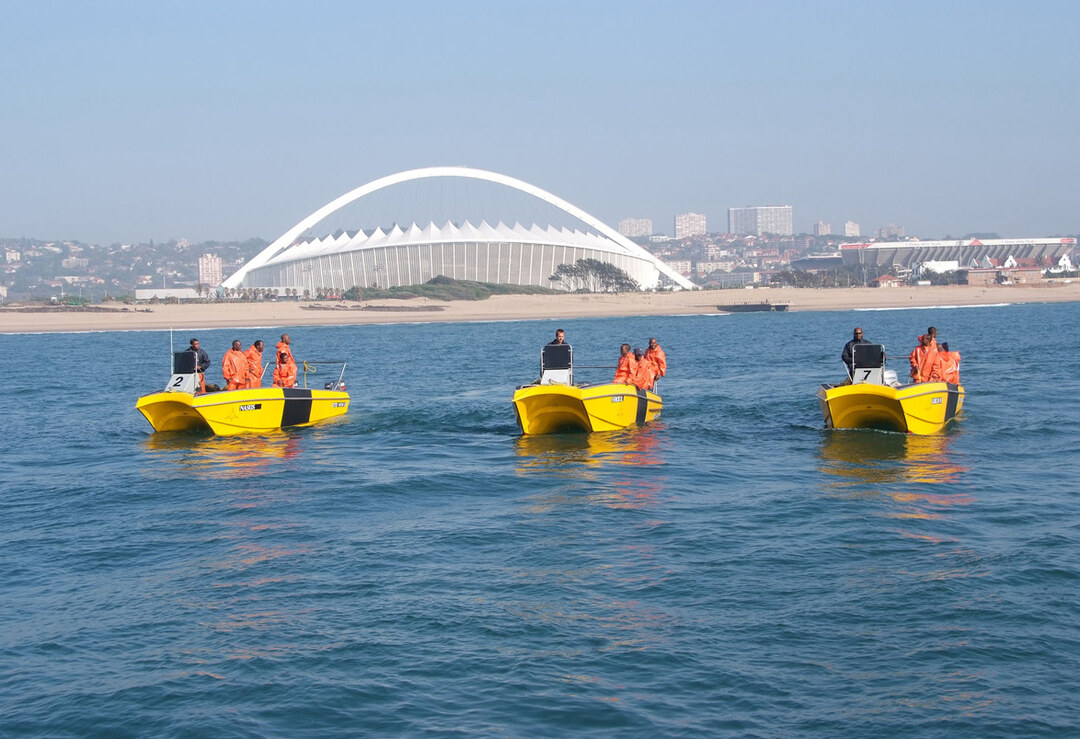 During the lockdown, I started to get news of the gathering of Sardines down in the East Cape. I wondered if we would see a better migration this year with the last four or five being small in comparison to previous years.

THE NEWS was good with reports of large pockets moving Eastwards in the direction of the KZN Coast, and experts were predicting the best migration in six years. With this migration, marine animals of all sizes also journey south with the shoals and the ocean becomes alive with activity. Fishermen from far and wide would then head for the shores to meet the shoals and seize the opportunity to catch some fantastic fish. Many holiday adventures have been planned around this annual event. So many people have been attracted to the coast to live out their scenic, coastal dream - making it their home.

When I was a youngster, my father would often lead us into the car on the weekend during this time to chase the sardines down south in the hope of finding them beaching somewhere. Being a keen ski boat fisherman, my father would gather up all the cooler boxes we could find and, if we were lucky, we would fill them up with fresh sardines which my father would freeze when we got home. He would have bait for the rest of the year.

We would often spend the entire day driving up and down looking for these fish. As kids, we really got stuck into the task of collecting and packing sardines. And, with all of that fun, came the smell of being a fisherman. I remember looking forward to stopping at the famous Waffle Hut at Ramsgate for a treat, and I know now why we

always sat outside. Smelling like a piece of the bait as we did, I am sure we would have been thrown out if we sat indoors. Nothing much has changed with the migration. Many people still make that same trip down south in the hope of seeing the shoals and watching the nets being pulled to shore bursting with the fish and the odd shark that gets caught with them.

Another tradition which one does not see much of these days is the family of sardine netters that had those old-school rowing boats that they would launch from Vetches Pier at Addington Beach in Durban. They would row out with their nets in tow, circling the pockets of sardines and then rowing back to the beach to haul them in by hand.

Nothing much has changed with the migration. Many people still make that same trip down south in the hope of seeing the shoals and watching the nets being pulled to shore bursting with the fish and the odd shark that gets caught with them.

This tradition always attracted hundreds of onlookers. In those days, we would drive into Durban at 03h30 on a weekend morning to go and surf Addington while my father and his mates would launch their ski boat and go off fishing for the morning. We always waited for the seine netters to start pulling in their nets and we would go and watch with a plastic bag in hand that my father had given us to fill up with any fell out of the net, which was free game back then.

So this migration is on the move once more and, this time, predictions are looking good for a season of great fishing if they move this high up the KZN Coast. Standard migration patterns start somewhere down the East Cape. Then they move up through the Transkei into KwaZulu Natal up as far as Durban. Then, for some reason, they disappear again for another year.

Small pockets find their way past Durban and have sometimes made it onto our beaches, but they seldom move further up into northern KZN.

A lot of this migration is determined by the winter temperatures and wind patterns that generally push shoals up the coast. Sardines apparently prefer water temperatures below 21 degrees Celsius so I would think that our current temperature of around 24 degrees might be too warm for them. This is probably why they stay south.

So, with the south coast turning on with sardine fever, why not plan that trip down there to watch the netting and the fishermen pulling in massive sharks and game fish? Or you can buy yourself a crate of freshly landed sardines. And if you can’t do that, get onto YouTube and catch the daily report on Sardine 2020.