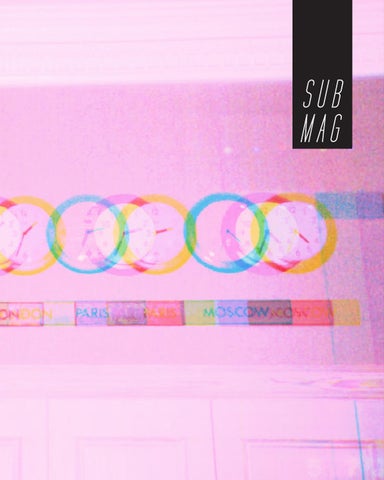 Good Enough For You

Time as a Constant

How do you feel the Purchase community affects/impacts your work?

I feel that the Purchase community has allowed me to be completely immersed in my work and able to really focus in on what drives me to want to be here. I find myself collaborating with such talented people, whose influential work make me really proud to be at Purchase.

Is there anything about one of your pieces that in retrospect you wish you could change? I always feel that my work here is never completely finished. I see film as an art form that can take years to complete. Whenever I watch my films I always find things that I wish I could change and I can continue adding and editing.

What are your chief artistic inspirations? Is there an artist whoâ&amp;#x20AC;&amp;#x2122;s work you consciously admire? I have always admired Ingmar Bergman, Andrei Tarkovsky, Maya Deren, and Alejandro Jodorowsky. I am inspired by them and learn a lot from their films.

What kind of audience do you wish to connect with your work?

I would like an audience who is open minded, people who are able to see a different view of the world that they are living in and are willing to follow completely different norms. People who are driven in a world they feel disconnected with but feel the need to see where and what it leads them to believe.

What kinds of films did you grow up with?

I didnâ&amp;#x20AC;&amp;#x2122;t watch a lot of films or television when I was growing up. When I started becoming more interested in films, my father showed me Stanley Kubrick and then I started finding other experimental film directors that became really influential to me.

Has there been a professor at school that has had a big impact on your art? All of my professors have really impacted me and my growth in filmmaking. Each of them had really interesting view points and perspectives watching my films and reading my screenplays.

Your films seemed to be very heavily rooted in psychology (e.g., your film titled “id. ego. and superego”) -- how intertwined do you find film and psychology to be? have you taken any psychology classes before?

No I haven’t taken any psychology classes but I have been really interested in the subject. All of my films are heavily influenced by psychology especially existentialism and psychoanalysis. I get my ideas from constant questions that I ask myself, visions from dreams, some I find intertwined with psychology, some are just inspirations from books or films.

What’s it like creating films in black and white vs. color? most of your films seem to be shot in black and white; what’s the reason for that (or reasons, if multiple)? The films I make are visions or dreams that I see in black and white. I try and make my films the most vivid picture that connects to what I see. 13

Hello useless, the world will spin and torture you tonight if you stay but if you go well if you go, the world will still spin undisturbed as if it never kept you As the light in your eyes fade out the lifeless soul you are will meet all the chances you&#39;ve never had all the hands you&#39;ve ever felt you spent your whole life running but darling you cant run from yourself forever Hell, Hell isn&#39;t the fire or the gates of red Hell is your mind your mind is a terrible place. But darling don&#39;t look out the window donâ&amp;#x20AC;&amp;#x2122;t look down you will scare the children playing on the streets you will see what the world is without you Torturous, a place where bad things happen to good people you are not one of those people you are one of those things The world, it swallowed you threw things at you things you could never handle so beautiful so deadly It determined your worth and now your lifeless on the bathroom floor people still revolving around their daily endeavors and evil revolving around you. Hello worthless, here comes the wind here comes the hurt and the despair the skyâ&amp;#x20AC;&amp;#x2122;s tears drenching you in your memories Memories, memories of eyes that looked like thin slits memories of muffled apologies spilling out of your mouth a reaction to every throbbing bone in your body and the pain makes you realize why storms take the names of people still and messy still nothing Hello darling, broken veins encountering your body dead on the bathroom floor for all the red you poured down the sink it didn&#39;t change the color of the rain at all 15 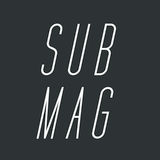