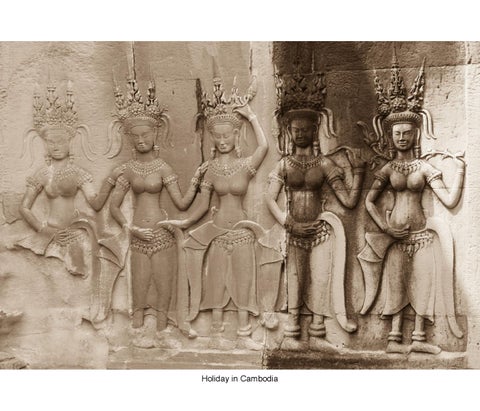 There used to be a running joke in Australia where if someone said “Holiday in Cambodia” it was meant as you were going to a place where it was highly dangerous. Of couse Cambodia’s past is no joking matter. But today things are very different. Well, same-same but different, at least. Most of the people and roads are still poor but some things are rapidly changing. There are mind-boggling sized hotels and you can get to Siem Reap from the Thai border in under 3 hours. This was unthinkable 20 years ago. At the border town of Poipet we saw a guy using 3 mobile phones simultaneously! And now in all the hotels and guests houses there are free and reliable wi-fi. There’s still a long way to go, of course but I am positive and optimisitic for their future.

One of the things I that wanted to find the most on our trip was for sticky rice in bamboo.This lady for some reason was the only one who had it and she was by herself and well away from all the tourists. When I asked her about prices I was quiet surprised that her English was so good. Since this is not the sort of thing that your average tourist buys she would not have been able to practice her English on a day to day basis. I got the impression that she was whilst intelligent just hadnâ&amp;#x20AC;&amp;#x2122;t had any opportunities to do better for herself. Maybe she was studying English at night. After buying a large sticky rice I asked if I could take a photo of her. She was somewhat reluctant but said OK. I then got into a small conversation with her and I asked if she had any children. She said that she had a baby. I took out a 20 euro note and gave it to her. Normally, Cambodians are delighted with such gestures but she looked at the note and just gave me a friendly thank you. In a country where everything is just about one US dollar I guess the woman probably had never seen a euro note before. I donâ&amp;#x20AC;&amp;#x2122;t like to give to charities because I am never sure where the money goes. Here, I know that my small donation will go directly to the family.

When we finally got to our hotel room in Siem Reap after 12 hours overland from Bangkok, Apsara started to cry. She said that she was really disappointed with Cambodia. She said that everything was dirty and ugly. It’s true that the journey from the Thai border all the way to Siem Reap was not a pretty picture. We told her that we didn’t bring her all the way here if something extra special wasn’t waiting for her. The next day we took Apsara to see Angkor Wat. Walking down the causeway for the first time is something that you can never forget. Of course when we got inside the temple grounds and the beautiful Apsaras were everywhere, daughter Apsara was happy once more.

In true Darwinian fashion this young girl fought over a bunch of other hawkers and ended up selling me something. She was bright, sparkly and the most pushy out of the lot. When I asked her why she wasnâ&amp;#x20AC;&amp;#x2122;t at school even though it was around lunch time, quick as a flash she said that it was the weekend and therefore no school! Itâ&amp;#x20AC;&amp;#x2122;s a tough world for these kids. 10 postcards for $1. Even at a profit of 50 cents how much would she actually get? And the funny thing was that not only was she happy, so were all the others. Just selling something to someone is a victory for them all.

Our family visited all the temples without a guide so I was not aware of what this girl was doing until I overheard one of the tourist guides. As you enter a temple you are offered an incense burning stick to which if you accept it you are to place it in an altar nearby. There you make a prayer and if you wish make a donation. I did this and even though I didn’t actually ask to photograph her the girl gave me a most beautiful smile. It didn’t seem to make a difference to her whether or not I made a donation she was just happy that I took her offering. Most tourists jaded by the whole temple scene just walked straight past her without even a second thought. From a photographer’s point of view this was without doubt the most difficult shot of the entire trip. And the most rewarding!

Bayon is something that is impossible to get your head around. It is hard to believe that someone was able to conceive and finish such a project almost 1000 years ago. Even to come up with such a design is something that I just canâ&amp;#x20AC;&amp;#x2122;t understand. As much as I wanted to take my time and photograph Bayon in its full glory the kids were already hot and bothered by the time they did the elephant ride thing around the complex. So I decided to concentrate on just one composition to capture Bayon and Bayon-Ä?ek. I hope that one day Mat will do likewise for his son.

Our taxi driver told us that Cambodians are not so happy with certain nationalities. He said that they only stay in hotels, eat at restaurants and buy from shops that are owned and run by these nationalities. What responsibilities do we have when we are traveling? Do I have the right to take a photo of these people without their knowledge and permission?

The differences between our world and theirs is so wide.

Iâ&amp;#x20AC;&amp;#x2122;m guessing that this woman either works or lives near the hotel where we stayed. When I asked her if I could take her photo her immediate reaction was to take off her scarf. Is she kidding me? It was exactly what I wanted! This once ubiquitous icon instantly recognizable as Cambodian is giving way to plain T-shirts and mobile phones.

Life is never fair to everyone on earth. This lady had a disability with one of her legs. I imagine that she has a difficult time finding a steady job. The owner of the hotel where we stayed employed her as a nanny for their child. For the time being at least she has some income. But I donâ&amp;#x20AC;&amp;#x2122;t know what will happen when the child is older. I do know however that Mr Kunn - her boss - is a good man and I hope that he will find something for her.

This lady was one of the two waitresses that served us in a downtown Siem Reap restaurant. They were always cool, calm and collective when dealing with us crazy, demanding and over-the-top tourists. All photos with the Nikon V1 and 18.5mm @f1.8

The Singing Tree cafe, 31 Alley West, Siem Reap. Drop in for a great meal and the friendliest of smiles.

In Cambodia or anywhere else in Asia it is necessary to agree on a price before getting into a taxi or Tuk-tuk. But once in, relax! You will discover how gentle these people are. They are not all trying to rip off every tourist. It’s just the way how things are done. Bargain hard but bargain fair. Always paying the first price offered by the driver is a recipe to flame inflation for everyone else, including the locals. But don’t haggle over 5 cents. It won’t make a difference to you but it will for them.

When this driver dropped us off back at our hotel, I gave him our agreed price of $2. I gave him a $2 note which he refused to take. He said he wanted 2 $1 notes. As I didnâ&amp;#x20AC;&amp;#x2122;t have two $1 notes he reluctantly agreed and took the $2 note. Later on we learned that the number 2 is unlucky in Cambodia. Someone told us that $2 notes exist but no one uses them.

This young girl was the waitress at our hotel. She was always happy and smiling. I wanted to do a female Bayon shot with her. It didnâ&amp;#x20AC;&amp;#x2122;t quite work out but I like it anyway.

This young lady was the manager at our hotel. With so many tourists coming and going I wonder how she always stayed cool and made sure everything ran so smoothly. We stayed at Jasmine Family Hostel. Nice place with a really friendly staff. It has everything you want, even a swimming pool!

A few snaps from Siem Reap and the temples nearby 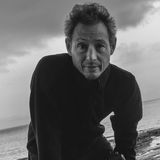