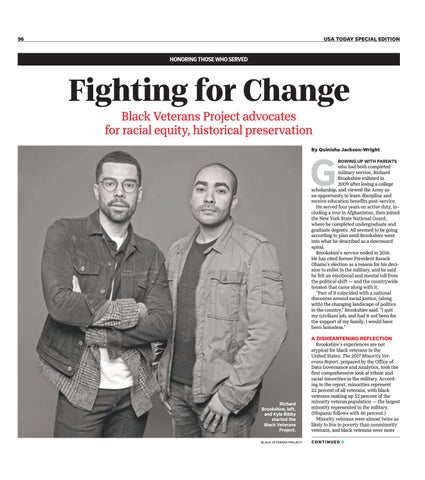 HONORING THOSE WHO SERVED

ROWING UP WITH PARENTS

who had both completed military service, Richard Brookshire enlisted in 2009 after losing a college scholarship, and viewed the Army as an opportunity to learn discipline and receive education benefits post-service. He served four years on active duty, including a tour in Afghanistan, then joined the New York State National Guard, where he completed undergraduate and graduate degrees. All seemed to be going according to plan until Brookshire went into what he described as a downward spiral. Brookshire’s service ended in 2016. He has cited former President Barack Obama’s election as a reason for his decision to enlist in the military, and he said he felt an emotional and mental toll from the political shift — and the countrywide tension that came along with it. “Part of it coincided with a national discourse around racial justice, (along with) the changing landscape of politics in the country,” Brookshire said. “I quit my (civilian) job, and had it not been for the support of my family, I would have been homeless.”

A DISHEARTENING REFLECTION Brookshire’s experiences are not atypical for black veterans in the United States. The 2017 Minority Veterans Report, prepared by the Office of Data Governance and Analytics, took the first comprehensive look at ethnic and racial minorities in the military. According to the report, minorities represent 22 percent of all veterans, with black veterans making up 52 percent of the minority veteran population — the largest minority represented in the military. (Hispanic follows with 46 percent.) Minority veterans were almost twice as likely to live in poverty than nonminority veterans, and black veterans were more 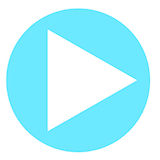