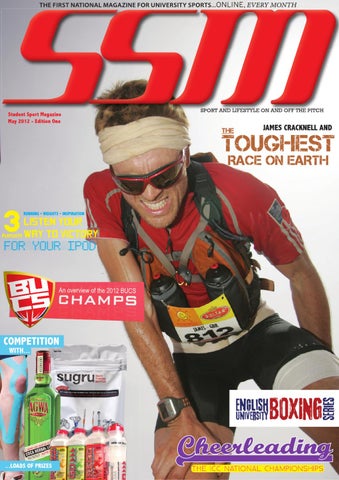 Killing In the Name of

Rage Against the Machine

We see it often: an athlete engaging in a bizarre and seemingly unnecessary sequence of benign actions right before they step onto the field of play. Jonny Wilkinson has most recently been the most notable to those in the British Isles: his purposeful steps and stance acting as the precursor to the often inevitable kicking success he enjoyed so frequently. Indeed, to cite a phrase: ‘it’s Jonny!’ But why go through this in the first place? Does it actually help the end result?

Premonitions, Superstitions & Lucky Socks: The Pre-Match Rituals from the world of sports By Ashley Quinlan

Dr. Sam Carr, a prevalent psychologist at the University of Bath seems to think so: “In order that we can feel confident in ourselves and in our ability to do something to the best of our ability, it’s really important that we feel like we are “prepared” for the event; that we’ve done all we can to help ourselves succeed. In one sense, pre-event routines are a simple reflection of this need to feel prepared. “In another, they may reflect a desire for “control” - to the extent that we try to control every possible aspect we can that might have an effect on the outcome of an event (e.g., pre match diet, music playlist, actions etc). This even spills over into attempts to control things that are not likely to have any impact on the outcome (e.g. the socks we wear, the order in which we brush our teeth or shave on match day, or indeed Wilkinson’s famous pre-kick routine). To this extent, such routine is also linked to superstition.” Wilkinson’s deliberate steps and squatting before he executes his kick is a prime example of how someone might control as many possible variables as they humanly can. Wilkinson also

openly admits his perfectionism and meticulous approach: “Sometimes when I’m kicking I can get obsessive about seeing results. I’ll tell myself: ‘I need to hit five in a row from here’. Maybe I’ll hit four in a row and just miss the fifth one. Instead of being satisfied with that, I won’t allow myself to leave until I’ve hit five.” Each time, he will go through the same characteristic routine, controlling every aspect of himself in his search for perfection. Superstition it seems is also a powerful tool to help focus the athletic mind. Mhairi Spence, one of Modern Pentathlon GB’s brightest talents who trains at the University of Bath and is a big hope for London 2012, is familiar and (perhaps unusually) fully aware of her own, as she puts it, “unique” approach to preparing for a fencing bout: “Oh, I always slap my trailing leg hard, right before we start,” she laughs. “I don’t know why… but I always do it”. Others, of course, put it down to faith. Countless sportsmen and women around the globe pay tribute to their god before stepping onto the field of play, crossing their chests and

muttering a prayer under their breath. Others, like Chelsea’s Frank Lampard, have a particular important family member in mind, whom they will pay tribute to when they are successful. But this phenomenon is also present in team sports. Whether by prescription from a coach or team captain, or simply by the team bondage that naturally occurs, some teams are characterised by their pre-game rituals: “Personally, I like to bring all the players in a huddle at the 3 minute whistle before the start of the game, just to get everyone pumped. We do our Team Bath rally cry, then everyone seems ready to go and has some extra energy,” says University of Bath Basketball First Team Captain Tom Janicot. “This all started on our team socials, and now all the teams do it. It just seems to focus us and help us perform as a unit better.” With the results that Janicot’s team has been enjoying, and the undoubted success of countless professionals out there in the elite sporting world, who could argue that a little ritual can boost performance?!

Killing In the Name of

Rage Against the Machine Student Sport Magazine is The First National Magazine for University Sports. Sport and Lifestyle on and off the pitch from the magnificent w...

Student Sport Magazine is The First National Magazine for University Sports. Sport and Lifestyle on and off the pitch from the magnificent w...