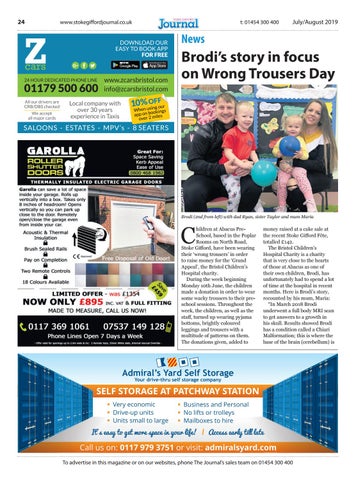 hildren at Abacus PreSchool, based in the Poplar Rooms on North Road, Stoke Gifford, have been wearing their ‘wrong trousers’ in order to raise money for the ‘Grand Appeal’, the Bristol Children’s Hospital charity. During the week beginning Monday 10th June, the children made a donation in order to wear some wacky trousers to their preschool sessions. Throughout the week, the children, as well as the staff, turned up wearing pyjama bottoms, brightly coloured leggings and trousers with a multitude of patterns on them. The donations given, added to

money raised at a cake sale at the recent Stoke Gifford Fête, totalled £142. The Bristol Children’s Hospital Charity is a charity that is very close to the hearts of those at Abacus as one of their own children, Brodi, has unfortunately had to spend a lot of time at the hospital in recent months. Here is Brodi’s story, recounted by his mum, Maria: “In March 2018 Brodi underwent a full body MRI scan to get answers to a growth in his skull. Results showed Brodi has a condition called a Chiari Malformation; this is where the base of the brain (cerebellum) is 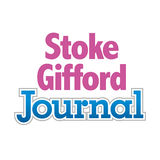