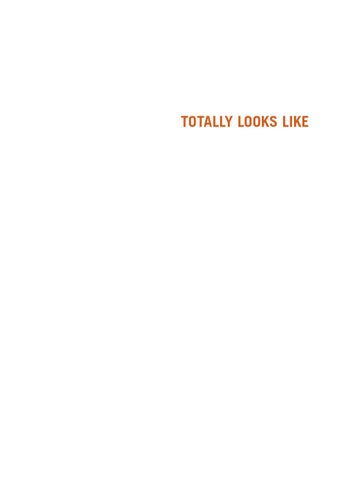 In our era of internet ubiquity, the line that separates our selves from the media with which we self-express has dissolved, and the distinction between medium and maker is confused. As we publicise our private stories, and perpetually alter, rebrand, and repaint ourselves to the world, performances of self are status quo and everyone is an artist. Just as the self-portrait has been reduced to the selfie, the art historical task of portraiture—to visually describe or reflect a person’s likeness or true essence—needs to be redefined. Presenting objects, video, photography and performative media, Totally Looks Like draws together 6 artists who are expanding the notion of self-portraiture, and the limits of their disciplines, to explore the self as medium.

Jaimie Warren remakes images that she finds on the internet as self-portraits. In her series Totally Looks Like (which inspired the title of the show) she inhabits pictures from the same-named popular internet meme. Meme’s are humorous and self-replicating pictures, texts or videos, which quickly spread on the web as people create and share new variations. The ‘Totally Looks Like’ meme is particularly appropriate to rethinking portraiture, as users upload amusing image pairings, in which a person, often a celebrity, looks uncannily like someone or something else.

as is the case with the grilled cheese Virgin Mary* that reappears, à la Warren, in the show. As a double self-portrait, Warren is the faciallyblessed cheese and B-list American actress Bernadette Peters, the cheese’s improbable twin. But Warren isn’t just performing. In a conflation of pop and personality that is unusually devoid of cynicism, her ‘selfportraits’ suggest that, just as she inhabits public ‘personas’, they also inhabit her. Now New York-based, she grew up in small-town Kansas. Speaking to The Huffington Post, she expressed a genuine appreciation for the internet and television, “it opens you up to Also known on the net as ‘separated at all these worlds you wouldn’t normally be birth’, these lookalike-y pairs might include a exposed to, and it’s all so personal. As long historical figure, an edible item, or even both, as you know the content is manipulated, but

even that in its own way is amazing.” Warren embraces this convergence of the ‘real’ and the manipulated. In Celebrities as Food & Food’lebrities she remakes digitally merged pictures of food and celebrities, from another internet meme. For example, in Self-portrait as Lasagna Del Ray by thestrutny, Warren is, all at once, herself, a lasagna, and pop singer Lana Del Ray. With her head on a plate, face covered in sauce, and hidden behind lips the size of sausages, Warren’s total immersion in her work and in popular culture, seems truly as physical as it is psychological. The beauty of Warren’s gruesome self-portraits is that you come away with absolutely no idea

of what she looks like. Nevertheless, they do produce a highly sophisticated portrait of a floating, free-flowing and fragmented contemporary self that is as malleable and messy as the unsophisticated make-up and materials that she uses. Like a grown up kid who’s been allowed to let rip with a pot of glue and the contents of the craft cupboard (one full of mum’s old celebrity mags), Warren quite literally fabricates her identities, paints her facial features, and sculpts her numerous selves. Materialising author-artist Mark Amerika’s idea that we live a “cut-and-paste as-you-go, digital lifestyle practice,” she shows us that we are mediums of pop culture, and that it’s not only okay to construct ourselves from its discards, but it’s fun.

Seemingly worlds apart from Warren’s grossout photos, are the candy box pastel shades of lemon, peach and turquoise in Thai-Australian artist Kawita Vatanajyankur’s videos, The Basket, The Robes and Wet Rag. Yet with a similarly self-deprecating humour, she becomes the material making her work—she is the rag that another woman uses to wash the floor, the wet clothing that is caught in a washing basket, and the fabric that hangs over a line, drying in the breeze. These ‘experimentations’ are smart and alluring in their simplicity. Vatanajyankur’s use of the video frame as a canvas, and her body as an object, speak to the traditional art forms of painting and sculpture. Yet, the seductive colours and graphic compositions, which change as her actions ‘paint’ the screens’ surfaces, immediately appeal to our senses like the instant pull of consumer advertising. Vatanajyankur is reframing the way craft and fabric-based production has historically been associated with women’s domesticity and considered a lesser form of creativity than the ‘fine arts’. By placing herself at the intersection of these two creative traditions, and making visible the invisible work of household chores, she offers a contemporary approach to mixing high and low brow influences, and to the legacy of feminism. Operating through oppositions, her videos are endurance pieces, that invoke an uneasy, quiet violence, but they are also silly, playful and pretty. Their low-fi quality and colourblocked backgrounds celebrate the DIY digital aesthetic. But, their emphasis on surface and superficiality belies the weight of their histories, and the sometimes dark depths of human relationships. They cheerfully warn how the democratised internet and easy-touse technologies have, as media theorist Lev Manovich writes, reduced “complex social relations into a flat world”.

In these postfeminist times, Vatanajyankur’s works might ultimately serve to ask if the historical Feminist task of making public the

politics of the private has been lost—or indeed achieved—amid the endless voices of online video diaries (vlogs) and the excess of overcandid selfies? If the selfie has indeed reimagined the selfportrait, Jackson Eaton has reimagined the selfie. Hanging on retail racks around the gallery, and available to try before you buy, are a selection of printed T-shirts from his series Melfies. Eaton’s Melfies, meaning ‘mirrorselfies’, aren’t taken in the mirror. Instead he wanted a reflection of himself based on how other people saw him—and created these inverted versions of self-portraits by handing his camera over to other people. A gallery director, his mum, and a photolab attendant, are among the real life characters from his everyday, who got to tell Eaton where and how to pose as himself. The resulting deadpan images are awkward, oddly intimate, and genuinely funny, both an over-share of Eaton’s private world, and our shared over-preoccupation with, as he puts it, “how we see others seeing us”. Turning himself into a mass-produced consumer product is a tongue-in-cheek critique that goes beyond a cynicism for the commercialism of the art market, to play on the commercialisation of the artist. Where artist Marcel Duchamp famously challenged traditional ideas of art, by placing a urinal in a gallery and calling it a ‘ready-made’, Eaton shifts questions of originality and authorship a step further, returning his artwork back into the public realm as ‘ready-to-wear’ Jackson Eatons. This materialisation of what the artist calls a “collectively-formed idea of self”, reflects a comment by Marina Galperina, co-curator of the National #Selfie Portrait Gallery, about the social construction of the selfie: “It’s less about narcissism—narcissism is so lonely!—and it’s more about being your own digital avatar.”

Crafting himself as an animated potter avatar, Jacob Ogden Smith appears on screen in his installation Pottery Three Ways. As he works away behind his virtual potter’s wheel, the

products of Ogden Smith’s semi-fictional ‘free time’ spill out into the gallery as an odd array of pots and objects. These are imperfect copies of pottery, recreated from film and television imagery. Using a variety of processes from 3D printing to traditional clay sculpting, Ogden Smith’s newly created forms distort into caricatures of their never-that-real ‘originals’. By blurring the real and the symbolic, the traditional and the technologically new, 2 and 3 dimensions, this installation reflects upon how digitised production is changing the nature of the artefact, and with it, its maker. As the ceramic forms awkwardly alter with each iteration, and the skilful craft of pot throwing, in the hands of an avatar, becomes a jerky, mechanical dance, this depiction of real virtuality presents the fate of creative expression as a series of deferrals and duplications. Like Eaton’s T-shirts, these ceramic-style object-images recall philosopher Jean Baudrillard’s notion of simulacrum—by suggesting that products, and people, have become copies with no original. Lucas Davidson’s own image deforms and shape-shifts in his large-scale video projection Internal Monologue. In an experimental process, Davidson separates photo self-portraits from their paper, before filming the emulsion as it moves in water. His facial features eerily fold and unfold, twist and turn, in a constant state of change that is as disturbing as it is meditative and mesmeric. Unlike traditional photography, which is thought to ‘capture’ the essence of its subject, here the artist liberates the medium from its usual constraints and its defining qualities; pulling apart the materiality of photography as a metaphor for unravelling the workings of the mind.

Speaking to the psychological implications of our immersion in screen culture, Davidson elicits a complex inner world, characterised by the transient flow of consciousness, and the illusion that we create, as he puts it, “a seemingly permanent sense of ‘self’ out of a series of endless disjointed moments.” However, Davidson’s fluid, moving imagery, provides a totally different materialisation

of the free-form self that appears in Jaimie Warren’s highly constructed ‘self-portraits’. His self-image appears to determine its own form within the water’s state of flux, and provides a poetic analogy for the internal conflict of individuation: do we passively dissolve into digitisation or struggle to preserve our analogue autonomy? Davidson’s sinister and beautiful imagery, therefore, presents an ambiguous rather than celebratory portrait of our relationship with media. One defined by our productive consumption of it and its pervasive consumption of us.

clichéd sentimentality. Its audio envelops us in a softly sinister drone, and, as the screen hypnotically flashes white between walks, like glimpses into enlightenment, its entrancing effects warn us of the utopian desire to continually upgrade our lives along with our techno-commodities.

So too, all of the artworks in Totally Looks Like invite us to view life through the lens of reproducibility and re-mediation. This makes the exhibition, like the ‘Totally Looks Like’ meme, telling beyond its skewed presentation of portraiture. Just as the essential identity Like Davidson, Whalen uses technology to of a meme is conversely defined through the transcend her physical body, in a paradoxical construction of its new versions, iterations process of making the metaphysical. Lifting and copies, these artists wittily and reflexively My Weight, a newly created work, continues reveal that, like memes, our identities are now Whalen’s exploration of transformative defined through endless self-replications. everyday rituals, in a culture concerned with self-improvement and self-realization. In contrast to the other self-portraits in Totally Looks Like, Whalen doesn’t appear in hers. Text by Josephine Skinner Instead the viewer shares her point of view, joining her on daily sunrise walks up local Exhibition curated by Bronwyn Rennex and hills in suburbia, a banal routine that we Josephine Skinner find becomes majestic and meditative. The weight Whalen is trying to lift isn’t from her body, but from her spirit, having found that her imaginative ideas flow best when she is physically present in her environment. However, her outlook observes more than the suburban sublime of blue skies, and bird-studded power lines at dawn—it witnesses how the processes of art making and meditation become one. But her perspective is also ‘at one’ with her portable digital recorder. Whalen, as much as the video, is the vehicle for what we see. Like spiritual ‘mediums’, who channel energies and entities from mystical realms, she becomes a new-age-new-technology ‘spirit guide’. Creating connectivity between the worlds of her art audiences and her soulful introspections, we transform with Whalen, from the physical to mental, from motion to meditation, and ultimately, from self to medium.

Yet, Lifting My Weight undercuts its own 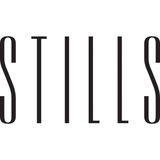