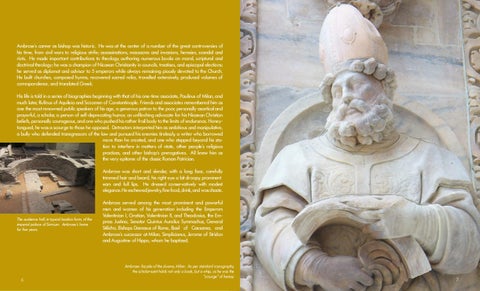 Ambrose’s career as bishop was historic. He was at the center of a number of the great controversies of his time, from civil wars to religious strife; assassinations, massacres and invasions, heresies, scandal and riots. He made important contributions to theology, authoring numerous books on moral, scriptural and doctrinal theology; he was a champion of Nicaean Christianity in councils, treatises, and episcopal elections; he served as diplomat and advisor to 5 emperors while always remaining piously devoted to the Church. He built churches, composed hymns, recovered sacred relics, travelled extensively, produced volumes of correspondence, and translated Greek. His life is told in a series of biographies beginning with that of his one-time associate, Paulinus of Milan, and much later, Rufinus of Aquileia and Sozomen of Constantinople. Friends and associates remembered him as one the most renowned public speakers of his age, a generous patron to the poor, personally ascetical and prayerful, a scholar, a person of self-deprecating humor, an unflinching advocate for his Nicaean Christian beliefs, personally courageous, and one who pushed his rather frail body to the limits of endurance. Honeytongued, he was a scourge to those he opposed. Detractors interpreted him as ambitious and manipulative, a bully who defended transgressors of the law and pursued his enemies tirelessly, a writer who borrowed more than he created, and one who stepped beyond his sta tion to interfere in matters of state, other people’s religious practices, and other bishop’s prerogatives. All knew him as the very epitome of the classic Roman Patrician.

Ambrose was short and slender, with a long face, carefully trimmed hair and beard, his right eye a bit droopy, prominent ears and full lips. He dressed conservatively with modest elegance. He eschewed jewelry, fine food, drink, and was chaste.

The audience hall, in typical basilica form, of the imperial palace of Sirmium. Ambrose’s home for five years.

Ambrose served among the most prominent and powerful men and women of his generation including the Emperors Valentinian I, Gratian, Valentinian II, and Theodosius, the Empress Justina, Senator Quintus Aurelius Symmachus, General Stilicho, Bishops Damasus of Rome, Basil of Caesarea, and Ambrose’s successor at Milan, Simplicianus, Jerome of Stridon and Augustine of Hippo, whom he baptized.

Ambrose: façade of the duomo, Milan. As per standard iconography, the scholar-saint holds not only a book, but a whip, as he was the “scourge” of heresy. 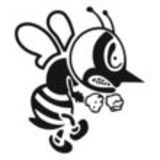