How We See the Darkness (English) 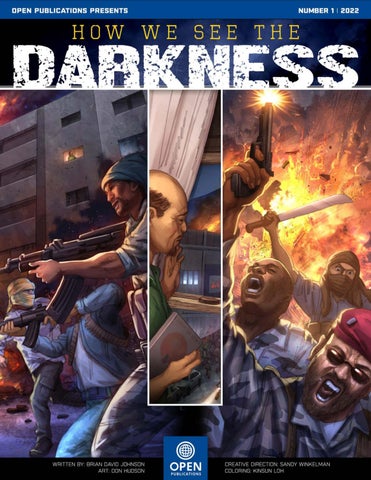 HOW WE SEE THE DARKNESS On the night of June 4-5, 2021, unknown assailants massacred at least 160 people in Solhan, Burkina Faso. How could that country, long hailed for its tolerant society, have descended into mass violence?

As estimates of Solhan’s casualties rose, accusations about culpability flew: the regional affiliate of al-Qaida denied responsibility, but even the Islamic State called that a lie. Observers pondered the massacre’s broader causes, pointing to divisive civilian vigilantes, contentious gold mining, and the failures of military-centric responses to the wider Sahel crisis. None of these explanations are mutually exclusive. Meanwhile, the questions confronting Burkina Faso are relevant to conflicts elsewhere in Africa.

Disclaimer: OPEN publications are produced by Allied Command Transformation/Strategic Plans and Policy; however OPEN publications are not formal NATO documents and do not represent the official opinions or positions of NATO or individual nations. OPEN is an information and knowledge management network, focused on improving the understanding of complex issues, facilitating information sharing and enhancing situational awareness. OPEN products are based upon and link to open-source information from a wide variety of organisations, research centres and media sources. However, OPEN does not endorse and cannot guarantee the accuracy or objectivity of these sources. The intellectual property rights reside with NATO and absent specific permission OPEN publications cannot be sold or reproduced for commercial purposes. Neither NATO or any NATO command, organization, or agency, nor any person acting on their behalf may be held responsible for the use, which may be made of the information contained therein.

HOW WE SEE THE

veryone thought the region and particulary the city was stable. There had not been significant violence until the night of the attack...

Suma’s husband had told her to run, take shelter.

The men had come again to target them. shhh... hush, my little one.

Because they did not support their cause.

Would this violence and war ever end?

Wadi had heard rumors that that tension was growing...

But now the extremists were back...

...and there were more of them. may god help us.

Anne had taken a risk opening a regional office in the city...

Her company was worried that the local goverment wasn’t strong enough and there was too much corruption.

At the first sign of trouble she quickly checked on the safety of her employees.

is everything ok at the office?

News traveled across the world.

The fragility of the state made headlines.

to international audiences it appeared that local forces were powerless to quell the violence.

AFTERWORD This graphic novella is based on the paper “Complex Conflicts in Africa”, authored by Dr. Alexander Thurston, Assistant Professor of Political Science at the University of Cincinnati. This paper analyzes the continent’s conflict landscape, focusing on complexity. The paper critiques buzzwords such as “state fragility,” “ethnic violence,” “extremism,” and “poor governance.” Rather, the paper focuses on multi-causality, ambiguity, history, contingency, human agency, state policy, and endogenous conflict processes. Much of Africa is peaceful and stable. Many trends in Africa appear in other regions, and Africa should not be pathologized. Yet resolving the continent’s conflicts will not be easy. Strategies predicated on counterterrorism, counterinsurgency, military training programs, and “good governance” have all faltered. Many peace agreements have proven flimsy. External interventions have often done harm as well as good. The paper recommends extreme caution for external actors, including NATO, seeking to build peace in Africa. The full paper can be found at: https://openpublications.org Open Perspectives Exchange Network (OPEN) • Persistent 360-degree strategic awareness • Dynamic conversation space with non-NATO actors • Understanding of nascent situations and trends

How We See the Darkness (English) 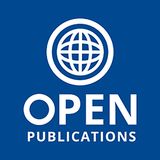