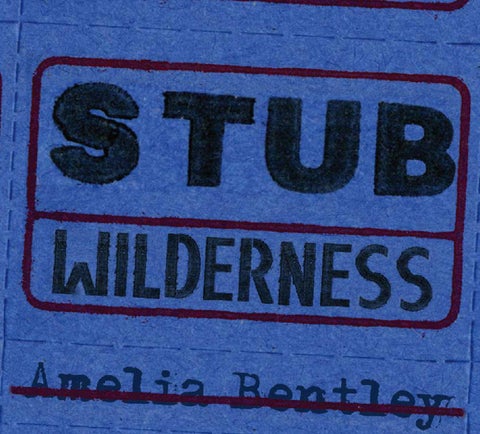 You asked me to send you a secret bookâ&amp;#x20AC;Ś and I could not turn you down, nor could I speak to you, From The Secret Book of James

“It means,” Creeley writes, “that we remember what we have, because we do not have it.” Recursion is conjunctive deprivation and possession, phantom limb, as if certain aroused and retained relations among conso-nants and vowels and progressions of accent were compensatory arms we reach with, compensatory legs we reach over on. Thus the chronically resided in, repeatedly arrived at Nub (nubbed version Nuh), place name and diagnosis fraught with senses of diminishment: failed extension or falling short but not only that, the proverbial phantom limb’s compensated occasion but not only that, remnant wish but not only that.

From the Preface to Splay Anthem, by Nathaniel Mackey

Dear A, Oh, i forgot your body shopping for images the sun in a supermarket in Pennsylvania among dewy, made-up crisp tshirts, scarves and mow-hawked toddlers

Dear B, a double coincidence of wants turned journalistic bent, a bit caught in some dangerous happiness of a Really Bad Idea, humming like I want that good life hack racked, pilfered some small got away

Dear C, it wasnâ&amp;#x20AC;&amp;#x2122;t vandalism to cast two females into all that moon imagery

Dear D, toes in the eclipse, a slow ride out re-imagine the over-saturated narrative when I turned 27 in unearned lassitude Iâ&amp;#x20AC;&amp;#x2122;m not too worried bought a couch, drink americanos, like how did I get this comfortable, you know?

Dear E, He didn’t grow up easily, avoiding “comfortable”; the smallest life we’re allowed, like “large” is the smallest coffee you get everyone says you’ll try for kids, christianity, resolution, we recognize the rare as we age, do value small sweetnesses, yes, if they are found, but heartbreak solves with eight hours sleep and breakfast, so this isn’t death, the question’s when to get over it

Dear F, it’s true, I could be a good companion animal, know some rituals, remember codes, passwords, PINs, did want you to feel loved you might deserve it more than most but we all know this isn’t a meritocracy I’m structurally incapable of middle-class lifestyles would look hot on you, but I’m content to be a hedonist about this spot of sun on the chair, cider, bed, book, cigarette, etc.

Dear Homer, Now we are twenty-seven you used to say you’d die at I went to your eighteenth birthday, found placenta in the freezer, your sister’s daughter’s now I’m leaving you bring me raspberries in cellophane crushed, half we “placenta”

Dear Homer, The piñata full of condoms, we shot guns outside yr r.v. by the double-wide, I called you angel in poems, we need to pass Mel and Tex to get inside the public library, standing back of their pickup, flying the confederate flag, yelling “faggot.”

Dear Homer, I copy-edit your erotica so I could tell you where I think it started but that would cause us to believe in explanations, I know

Dear Homer, this isnâ&amp;#x20AC;&amp;#x2122;t my story, canâ&amp;#x20AC;&amp;#x2122;t help telling bout yr vasectomy we meet at greasy spoons read poetry to each other until you dissolve in oxycontin again, propose, I say no and hold you the metal in your bones hurts your dog dies of an onion ring, you feel at home on The Strip being yourself; cross-dressing masked angel

Dear J, I consider contracting MRSA for work under federal minimum wage under agricultural wage the total possible less than supposed unemployment I have not yet received

Dear K, this dim electric angel of a nervous system floats out over ledges, holds to the pitch of strange rooves, and still short-circuits I forget when I feel well, beyond the shadow of self in an over-sized flannel, I go out after being told I dress hot trying to save up the phone calls they wonâ&amp;#x20AC;&amp;#x2122;t stay put

Dear L, D fucked me against the window of a hotel in Ocean City said, “call me My Mendici.”

Dear M, In another life this beautiful boy in an open relationship paused to buy condoms and remove his prince albert which just too big I laughed delighted and then patched things up

Dear N, I am also disappointed in your disappointment. The thing that hurts my feelings is that you try to hurt my feelings I don’t believe in should I believe in move on I guess I’ll always accidentally break your heart anyway although I know I don’t owe you unbrokenness it surprises me.

Dear O, how do you keep trust falling into this world and not dying Iâ&amp;#x20AC;&amp;#x2122;m just becoming accustomed to the gnarls of adult emotion; petty indiscretions of the LTR tm an ache and bright of cups cracked overnight everything went half-mast I wanna fly to Crimea to check the veracity of famous photographs too, but Iâ&amp;#x20AC;&amp;#x2122;m prolly getting a cardboard coffin like an adjunct.

Dear P, I could spend hours re-formatting my to do list exhausted from the failure of escaping solitary pathetic &amp; lovely, no money is mental freedom truth and beauty being luxuries when there are few choices you must just say yes and yes and yes and yes to all this color

Dear Q, cutting up between the children’s moon, orange construction crane; a float-plane against the blue blue the greenwashing is 10x worse but street art here is sharp as fuck. Old home blown large in gallery and dance space where poetries of connection are not too wise to say “dance church”, together grieving and too loving to not say

Dear new new york, Oh, to have several early lives in this family it’s late, I regret defending so much have folded been folded several solid friends consumed by romance &amp; some rocky years now soaking in it to forget I’m most at home alone, a little cagey. If you become important quickly don’t make it mean too much it’s not connected to some obligation on your part just keep existing please, I mean sometimes I don’t miss a man who made me pancakes once.

Dear R, thanks I think you taught me I canâ&amp;#x20AC;&amp;#x2122;t cut my way out the family drama. We all try to exercise control says B, snapping his vocabulary where this hurt is incomplete knowing deciding not to handle shit is not how this world works

Dear S, I would go ground out against the door, but now there’s the guilt of going on anyway so what’s your estrangement mechanism it manages to remain old here around the edges and at heart these places make a home in the word for “homeless” if you can’t wait for a new place go knock on the doors, I am pretty much doing this in front of you while you write sometimes she is a black hole I’m trying not to be a black hole but the black hole is in my family In the morning I decide to learn everything again we’re aware that the return of the book is an artifice the exact point at which I stop undocumented caring remains By the grace of the Sidewalk I have towels, umbrellas By the power vested in me by the Sidewalk, I say howyadoin’ the Sidewalk is good, the Sidewalk provides, long live the Sidewalk

Dear T, I’m trying to learn how to put my body in the way of the world b/c the phrase “care of the self” does not settle anything I’m doing that thing where I don’t exist, everyone is an alien and that’s working I’ve seen it and I don’t know what the Big Deal is I just don’t trust people who think they are good This quarter my heart is deep in the red, in foreclosure, is in shell condition, use caution, I mean it’ll be fine, bring a flash light it’s not everyone’s cup of tea, but I’ll let you out from under your gender, I guess, The hidden history of female infidelity is revealed through DNA testing, while I mistake quotidian egotism for predation.

Dear U, The spot I grew up marked with cordwood and carseats, you changed the texture of the woods to smell like you, the fields, a farm dreamâ&amp;#x20AC;&amp;#x201D;raccoon fights under the house, strawberries &amp; ganache what a rough life people get stuck in a story of who they are

Dear V, I can’t not write this “service person” back

Dear W, He reminds me of my mom i said how strange these men aren’t those men I thought all men were men, like a chime some kindness is withholding and a sharp side Anatole says “I can make a house fly, I can make a can fly, a fly fly.” Those holed up men been my lodestone tell me their disasters through screens and phones alone, still carrying

Dear X, finally, wanting to be alive, I guess thereâ&amp;#x20AC;&amp;#x2122;s time should someone get back to me about the scale emotional spectrums can reasonably exist on I throw my good will at you like I throw my skin, a sort of hopeless joy encrusted mellowing toilet and vomit in the sink. Oh well. anyone could make the mistake of believing they had a voice so why should the the dumb get the enthusiasms, why canâ&amp;#x20AC;&amp;#x2122;t I dig my way out of a personality

Dear Dad, I read there were floods in China, and thought because you were there the world could lose some pain, but

Dear Y, don’t know how to be this idea of who “I” is, used to start journals with how to have a personality, didn’t know I was rusting through til I sent a letter, I don’t want to be difficult or dramatic but I feel like a burn, a burning wreck the rain popped like a record from what I recall about caring it hurts like hell, and the bar tender forgets to charge drinks which I take without comment Some tender treasure worming its way in my dreams says you know, I worry about your New York face Let me walk you back from that, just not a transom you can’t get over through me.

Dear Z, Sometimes it’s better to have something to do besides pay attention or it will take you out past remembering to be good at loss. It’s not the end of the city, that’s not how you jawn the city bombed and can’t speak common falling down empty; the old blocks everything affect, some drag of class, professing a thing, signaling another, so all you own is the moment a necklace of tarnished moons, a new autonomy Forgetting to believe I had a body, I followed forgetting I had to find something else how can i now be interested in this muddy finagle. you said “the trouble with pleasure is it requires other conditions but we are doing a good job stealing it.”

Acknowledgements: I would like to thank the beloveds addressed within this text for their forbearance, as well as 491, Apiary, Boog City, Elective Affinities, Fact-Simile, Gigantic Sequins, Tinge, and Truck, for publishing individual poems, and Damask Press for publishing the chapbook â&amp;#x20AC;&amp;#x153;&amp; Partsâ&amp;#x20AC;?. 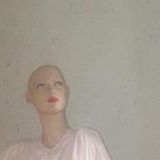