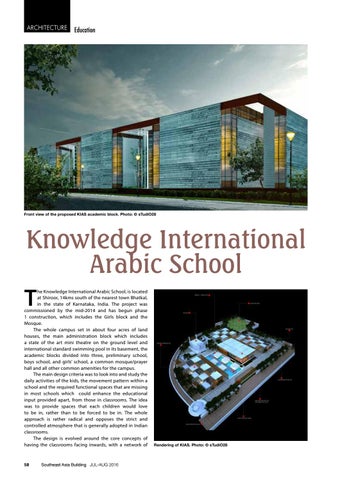 he Knowledge International Arabic School, is located at Shiroor, 14kms south of the nearest town Bhatkal, in the state of Karnataka, India. The project was commissioned by the mid-2014 and has begun phase 1 construction, which includes the Girls block and the Mosque. The whole campus set in about four acres of land houses, the main administration block which includes a state of the art mini theatre on the ground level and international standard swimming pool in its basement, the academic blocks divided into three, preliminary school, boys school, and girls’ school, a common mosque/prayer hall and all other common amenities for the campus. The main design criteria was to look into and study the daily activities of the kids, the movement pattern within a school and the required functional spaces that are missing in most schools which could enhance the educational input provided apart, from those in classrooms. The idea was to provide spaces that each children would love to be in, rather than to be forced to be in. The whole approach is rather radical and opposes the strict and controlled atmosphere that is generally adopted in Indian classrooms. The design is evolved around the core concepts of having the classrooms facing inwards, with a network of 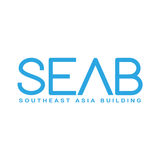