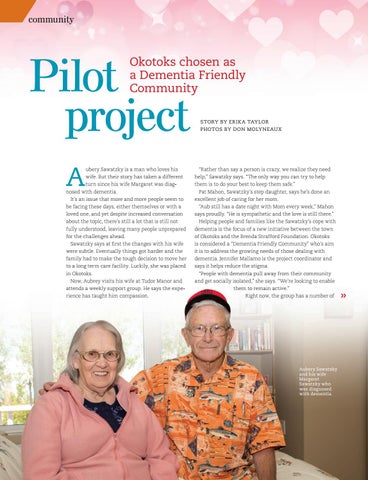 ubery Sawatzky is a man who loves his wife. But their story has taken a different turn since his wife Margaret was diagnosed with dementia. It’s an issue that more and more people seem to be facing these days, either themselves or with a loved one, and yet despite increased conversation about the topic, there’s still a lot that is still not fully understood, leaving many people unprepared for the challenges ahead. Sawatzky says at first the changes with his wife were subtle. Eventually things got harder and the family had to make the tough decision to move her to a long term care facility. Luckily, she was placed in Okotoks. Now, Aubrey visits his wife at Tudor Manor and attends a weekly support group. He says the experience has taught him compassion.

“Rather than say a person is crazy, we realize they need help,” Sawatzky says. “The only way you can try to help them is to do your best to keep them safe.” Pat Mahon, Sawatzky’s step daughter, says he’s done an excellent job of caring for her mom. “Aub still has a date night with Mom every week,” Mahon says proudly. “He is sympathetic and the love is still there.” Helping people and families like the Sawatzky’s cope with dementia is the focus of a new initiative between the town of Okotoks and the Brenda Strafford Foundation. Okotoks is considered a “Dementia Friendly Community” who’s aim it is to address the growing needs of those dealing with dementia. Jennifer Mallamo is the project coordinator and says it helps reduce the stigma. “People with dementia pull away from their community and get socially isolated,” she says. “We’re looking to enable them to remain active.” Right now, the group has a number of

Aubery Sawatzky and his wife Margaret Sawatzky who was diagnosed with dementia. 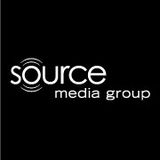