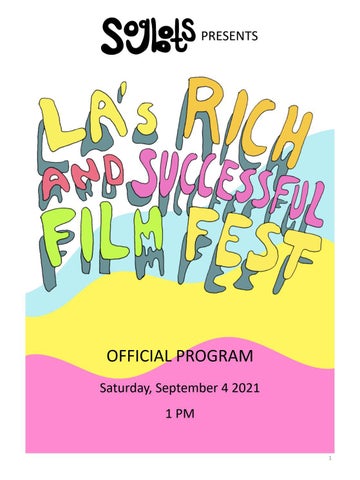 WELCOME! Making movies is hard. Figuring out what to do with your movie after it’s been made can be even harder. There’s nothing worse than expending all your efforts on a film’s production, releasing it to the world, and then feeling like you’re not really sure what to do next. We’ve been through this process enough times to know how exhausting it can be. We’ve spent hours trying to figure out which festivals to submit to and subsequently have spent hundreds of dollars on the festivals we choose with no guarantee of success. It’s frustrating, expensive, and demoralizing. As filmmakers we’ve struggled to understand how to navigate the massive landscape of film festivals and how to build a new audience around our work. We understand how challenging it can be for everyone else, too, so we developed RSFF with one goal in mind: community. With over 100 submissions in our first year, our key goals were to create a program with a strong body of stories from local filmmakers and provide a space for everyone to build relationships. We wanted this to be an opportunity for filmmakers in Los Angeles to meet one another, exchange ideas, and pave the way for possible collaborations down the line. There are no first, second, or third prizes: just a space to support one another. A key component of our festival is the Digital Catalogue. Sometimes filmmakers can be difficult to track down or get in touch with. What if you love someone’s work and want to share praise? What if someone had an incredible composer that you wanted to get in touch with? We’ve made it simple for you by developing a Digital Catalogue to help connect our filmmakers and audience. We see this as an opportunity to cross-pollinate by forging friendships, build out your community of collaborators, or sharing praise with those you admire. Each filmmaker’s name is hyperlinked to a social media channel or website. Click on them! Reach out! Make something cool together! To all of the people who have submitted their films, volunteered their time, and contributed to the production of this festival: thank you. We couldn’t have done this without you and we hope you love what we’ve created together. Love,

This festival wouldn’t have been made possible without our team of partners and collaborators. We’d like to extend another big thank you to them for helping make this festival live up to its namesake. If you liked their work, please let them know via their social medias hyperlinked to their names below. PIA MILEAF-PATEL Festival Design Lead ISABEL HAYWARD Digital Catalogue Designer WILL PULIER Director of Supplementary Content MICHAEL BASS Lead Photographer JEREMY LEARY Merchandise Sales JENSYN NEFF Merchandise Sales NATALIE ZARAN Vaccine Checker CHLOE TRUPIANO Vaccine Checker ELLIE CHEN Crowd + Vibe Manager PROPAGATION FRONT Merchandise Supplier LUMIERE CINEMA Venue

Our Official Program has been curated from a submission group of over 100 short films. Our list ranges from genre, perspective, budgets, and style. The only throughline? All of these filmmakers are from Los Angeles. Below you will find information about all of the films in our program with hyperlinks to the filmmakers’ respective social media channels. We encourage collaboration and networking by way of our Digital Catalogue, so please be sure to connect with the folks whose work you really love. Who knows, maybe the next Best Picture might come from it?

2064 02:14 In the future, the data limit is reached and the online has become reality. Filmmaker: Luke Strickler Silver Lake, Los Angeles

OFFICIAL SELECTION THE MEANTIME 05:54 Kleopatra is an 88 year old who is experiencing the closest thing to childhood she ever has been able to, as her informative years were eclipsed by wartime occupation. Now living with dementia under the care of her family, this condition has given her a bittersweet opportunity to finally accept the caregiving that she has shown many - yet never before received. Director: Samantha Pess Featuring and in memory of: Kleopatra Pess Eagle Rock, Los Angekles

EXISTING IS A BITCH RN 04:00 Even though I can tell time is passing I still feel stuck. Isolation, gender dysphoria, loneliness, and a hefty pinch of existential crises makes everything immensely difficult. Director and Producer: Hannah King Bosnian Los Feliz, Los Angeles

THE STORY OF THE WEST SIDE 10:25 George Sanchez tells the true story of his life, from growing up in Downtown Los Angeles to his time in the California Prison system, and how poetry ultimately saved him. Written, Starring, and Narrated by: George Sanchez Director: Maria Corso Executive Producer: Nicole Campbell Produced by: Ray Adornetto, Kelly Burnett, and Maria Corso in collaboration with Words Uncaged and Brick of Gold Also featuring: Ariana González Hollywood, Los Angeles

Los días de nuestro futuro (The Days of Our Future) A teenage girl struggles to bond with her father after the death of her mother, as he tries to take over her role. Filmmaker: Camila Roson Marina Del Ray, Los Angeles

HONORABLE MENTIONS Straight Hems are Sewn at 1AM Gideon brings in a suit for alterations to the dry cleaners, subsequently followed by a whirlwind of events that make him question his surroundings. Filmmaker: Milan DiLeo Los Angeles, California

Crying, unable to speak Spidre Sparker and pill-popping, alcoholic MJ are haunted by the evil, blue ghost of Uncle Ben. Will it ever stop? Will Spidre ever do the Finito?

2030 In the year 2030, with the knowledge that irreversible climate change will shortly leave the planet uninhabitable, a young couple goes on their last beach trip. Filmmaker: Julia Stamey Los Feliz, Los Angeles

Been Broken A break-up between two college seniors, Julia and Ben, goes from bad to worse after Ben&#39;s car breaks down and leaves him stranded with his newly ex-girlfriend. Filmmakers: Emily Bice, Dylan Hancook Los Angeles, California 11

Sogbots (fka: The Soggy Bottom) was founded in Washington D.C. in March of 2019 by Dylan Trupiano, Nir Liebenthal, and Noah Morse; a group of friends who bonded over a love of making comedic narrative shorts. After graduating from college, they moved out to LA to continue their filmmaking careers. Over the last two years, they’ve expanded into commercial and music video production and have been joined by Jeremy RothRose, fellow actor, filmmaker, friend, and best cook in the house.

is a director and photographer from Johnston, RI. He has directed and served as director of photography on numerous shorts and music videos including Kámo, Ransom, This is King Issa, Actions Have Consequences, and Going Green, winner of Best Editing at the 2017 Baltimore 48 Hour Film Festival. His work has also been featured on PBS’ documentary series, NOVA and in publications such as Fashionista and The Film Desert. Noah is a graduate of The George Washington University. He is also the best cook in the house and nobody will ever dispute it.

is an actor, writer, and producer originally from southeastern MA. He studied at Brown University where he was head of production with Brown Motion Pictures and a member of Ivy Film Festival’s programming team. As an actor, he’s appeared in over 9 films and 10 stage productions, including as a co-star in Netflix’s The Society and multi-season performer with Trinity Repertory Company. Along with film and performance, Jeremy enjoys listening to Kacey Musgraves while wandering in Elysian Park and perfecting his cacio e pepe recipe - a dish that (somehow) you can burn. Jeremy is represented by Industry Entertainment.

is a producer, actor, and writer from Boston/Milwaukee/Winnipeg/Israel. He currently works at Netflix Animation, having worked on two animated features coming out in 2022. Prior to Netflix, he worked at the Center for Scholars &amp; Storytellers, a UCLA psychology lab that researches entertainment media. Nir is a graduate of The George Washington University. He has a background in theatre and improv, likes to play (and watch) basketball, and indulges in long games of online chess.

is a director, editor, writer, and composer from suburban Detroit. He’s currently an editor with Indigenous Media, having worked on several commercial projects and for their documentary series, 60 Second Docs. He has a passion for independent film, reminding people he’s from the midwest and speaking in the third person about himself. There’s not much else to him.

Catalogue including all festival films for the 2021 RSFF. 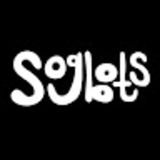