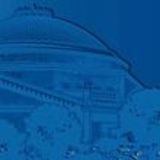 Southern Methodist University's student newspaper began in the first year of classes in 1915 as "The S.M.U. Times." However, those involved thought the name too commercial for a college publication and changed it later that first year to "The Campus." The paper stayed "The Campus" until the mid-20s when publishing twice a week prompted a switch to "The Semi-Weekly Campus."

The name changed back and forth between "The Semi-Weekly Campus," "The Campus" and "The SMU Campus" until 1969.

The paper quickly became a four times per week production in Fall 1967. It subsequently changed its name to The Daily Campus in Fall 1969, and switched from a tabloid to broadsheet format 15 years later, in 1984.