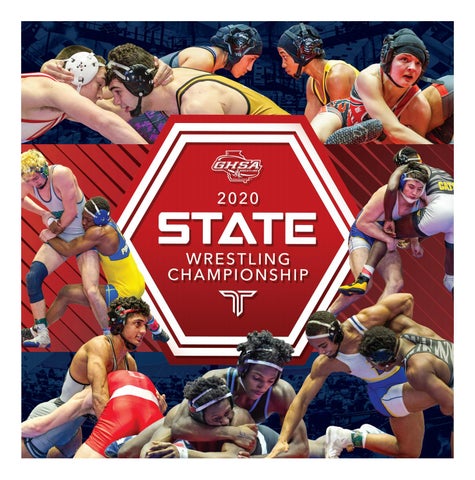 Official medical provider for the GHSA.

HARDin WORK IS ITS OWN REWARD. BUT SO IS A SECURE FUTURE.

Be healthy. Have fun. Participate in sports and activities in high school.

The GHSA is fortunate to have many partners and volunteers that make quality events such as this possible. These championships are hosted by the Atlanta Takedown Association whose members give their time to plan and operate the tournament. Special thanks go out to Bud Hennebaul, Tournament Director, and Don Corr who is GHSAâ&amp;#x20AC;&amp;#x2122;s Associate Director for wrestling. We are excited to be back in the Macon Coliseum and appreciate the work of its outstanding staff that stands ready to help you in any way to make your experience the best it can be. This event is made possible through our corporate sponsors whose ads you will see throughout the Coliseum. I encourage you to support them whenever possible. The Georgia High School Association believes that life lessons are learned through participation in athletics and hard work and discipline are especially true in wrestling. Our athletes have worked tirelessly and sacrificed much to reach this point. Thanks again for your support of these fine athletes and get ready for an exciting tournament.

FRIDAY - FEBRUARY 14 WEIGH-IN OR ROUND

The 2020 Georgia High School Association Team Dual Wrestling State Championship Guide is published by Score Media, a division of Score Atlanta, in conjunction with the GHSA. The guide was designed by Adam Schindler, and edited by Alex Ewalt, Craig Sager II, Seth Ellerbee and Graham David. Information was provided by the GHSA and ATA. For more information on Score Media, go to Scoreatl.com or call 404256-1572.

SATURDAY - FEBRUARY 15 WEIGH-IN OR ROUND

Awards immediately after all finals are completed. GHSA.NET // 3

he 2020 Traditional Wrestling State Tournament returns to the Macon Centreplex on Feb. 13-15. Across the seven classifications, 98 individual boys titles and seven team state championships will be awarded. Additionally, 10 individual girls state champions will be crowned for the second-consecutive year. Five-time defending traditional champion and three-time reigning Class AAAAAAA champion Camden County is back to headline the field. The Wildcats dominated the competition a year ago with a 223.5 finish that dwarfed second-place Collins Hill (146.5), thirdplace Mountain View (139) and fourth-place Brookwood (125). The Wildcats are the only Class AAAAAAA program that is qualified wrestlers in all 14 weight classes and will be looking take advantage of their depth. A total of 14 Class AAAAAAA programs qualified seven or more wrestlers and Brookwood, Collins Hill, Colquitt County and West Forsyth are each sending 11 wrestlers to Macon. Class AAAAAAA looks to be wide open after Valdosta edged Pope for its first-ever traditional state title a year ago. The Wildcats will have just seven wrestlers competing this year, while Creekview (13), Richmond Hill (13), Brunswick (12) Alexander (11), Cambridge (11), Coffee (10), Pope (10), Sequoyah (9), South Paudling (9) and Lee County (8) are each arriving with more qualifiers. Pope defeated Valdosta (48-21), Brunswick (51-9), Creekview (28-26) and Rich-

mond Hill (30-24) on its path to the dual state title in January In Class AAAAA, Woodland-Cartersville swept both titles last year and has positioned itself to record its second-straight sweep after defending its dual championship in convincing fashion this past month. Woodland is in great shape to succeed after qualifying 12 wrestlers for the state tournament, but the classification is filled with other programs that boast championship depth and potential. Buford joins Camden County as the only other program to qualify wrestlers at all 14 weight classes and Ola (12), Veterans, Walnut Grove (12), Ware County (10), Union Grove (10), Cass (9), Harris County (9), Loganville (9), South Effingham (9), Cass (9) and Riverwood (8) also possess ample depth. In Woodward Academy will look for its secondstraight sweep of Class AAAA titles after toppling West Laurens (55-24), Cartersville (45-30), Blessed Trinity (5028) and Gilmer (44-24) to capture back-to-back dual state titles last month. The War Eagles qualified 11 wrestlers and will take on a tough field that includes six more programs with double-digit qualifiers Northwest Whitfield (12), Central-Carroll (11), Perry (11), Blessed Trinity (10), Gilmer (10), North Oconee (10) and West Laurens (10), in addition to Flowery Branch (9) and Madison County (8). In History was made in Class AAA last February when first-place Sonoraville (172) and second-place North

Baynon’s success and a growing interest behind the possibility of adding a girls division quickly became a reality and the new format made its debut this past February. State qualifiers in 10 different weight classes competed for individual girls titles. The weight classes were divided into 95, 106, 116, 126, 136, 146, 156, 166, 176 and 225. The 10 classes slightly shifted this year to 102, 112, 122, 132, 142, 152, 162, 172, 197 and 225-pound divisions. As a result, there will be a ton of intriguing storylines to keep an eye on. In the newly-formed 102-pound division, Stephens County’s Athena Malik will headline the field as the top seed. Malik placed second last year in the 106-pound division and will be joined by Hiram’s Alana Washington and Mountain View’s Kennedy Shrophshire in an ultra-competitive bracket. Washington competed at 95 pounds last year and placed second while Shrophshire earned

a second-place finish at 116 pounds a year ago.

RETURNING CHAMPS North Gwinnett’s Dianna Holmes took home the state title at 106 last year with a win over Malik and qualified to compete at the 112-pound division this year. Holmes will have plenty of competition, including Temple’s Zoe East and Paulding County’s Savannah Lackey. East defeated Lackey in last year’s 106-pound consolation finals to earn a third-place finish. Reigning 116-pound state champion Amani Jones will represent Ola in the 122-pound division this year. Also in the bracket will be Berrien’s Cecily Livingston and Baldwin’s Catherine Mullis. Last year, Livingston defeated Mullis in the consolation finals to finish third in the 116-pound division. The 132-pound bracket is stacked with experience. Duluth’s Aki Choates enters as a top seed and won a state title at 126 pounds last year. North Paulding’s Glenda Veiga will also compete at 132 pounds after placing fourth in the 146-pound division last year. Harris County’s Sam Scarbrough earned a third-place finish at 126 last year and Stone Mountain’s Daisy Gilleylen is also competing at 132 after placing runner-up in the 136-pound division last year. 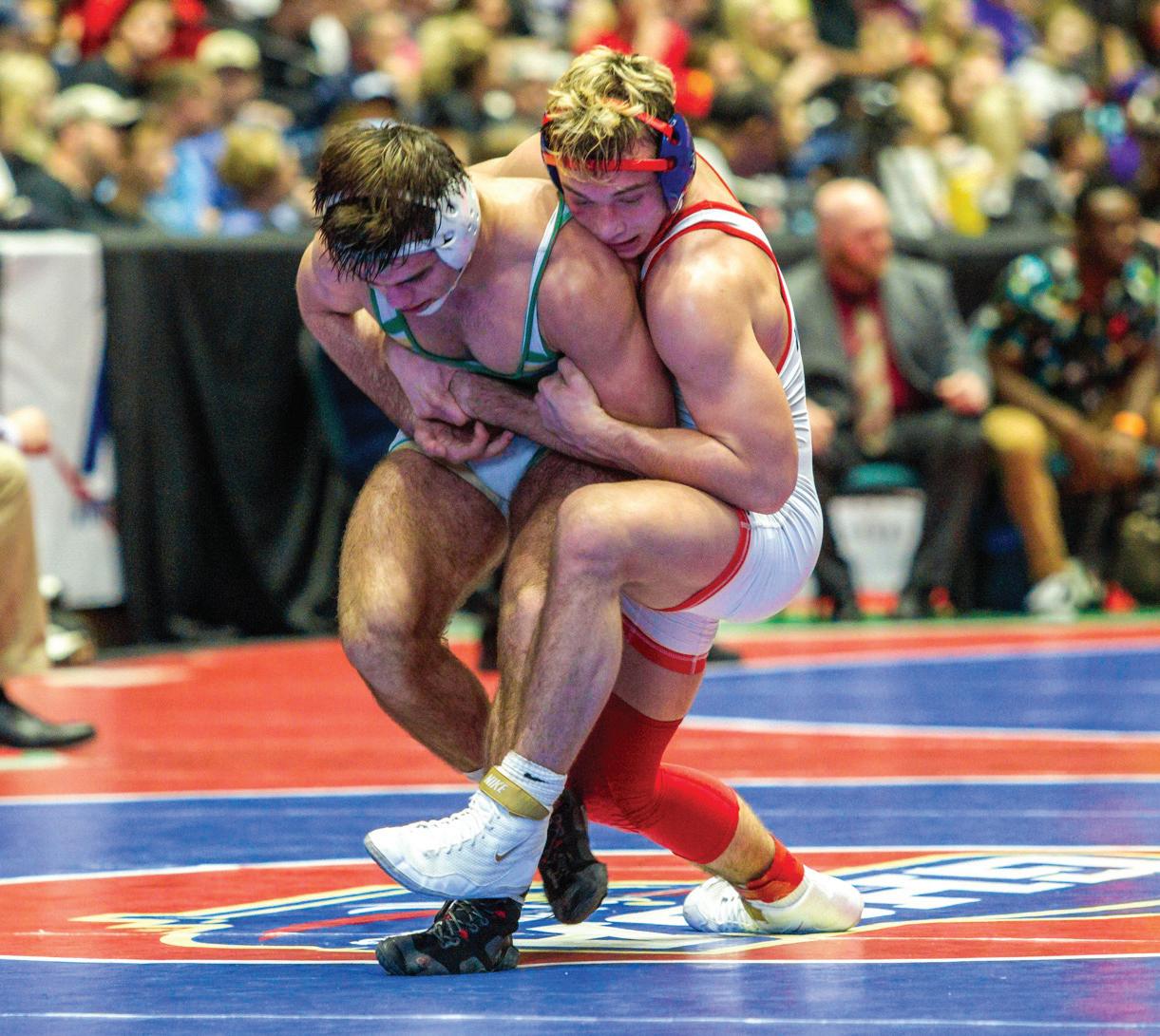 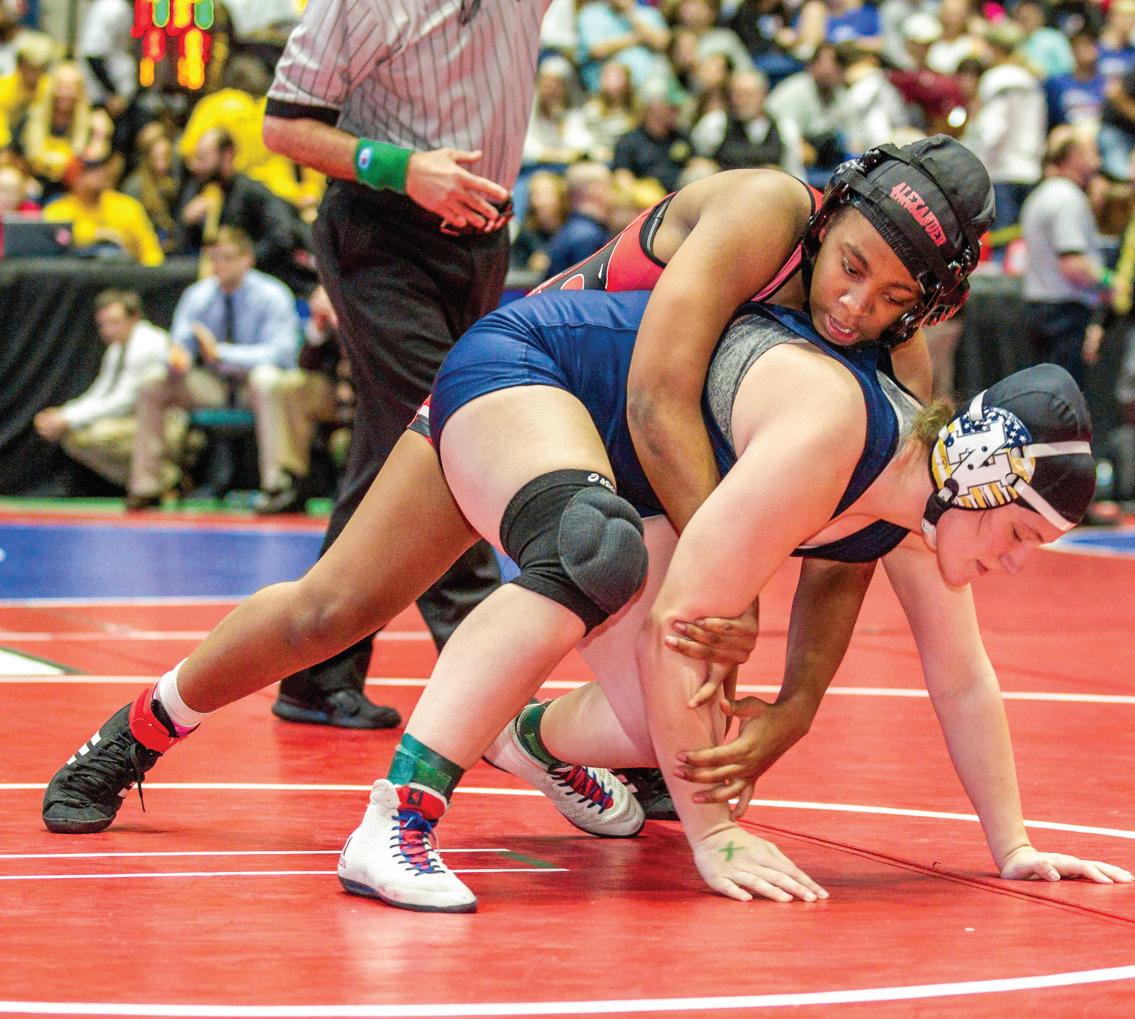