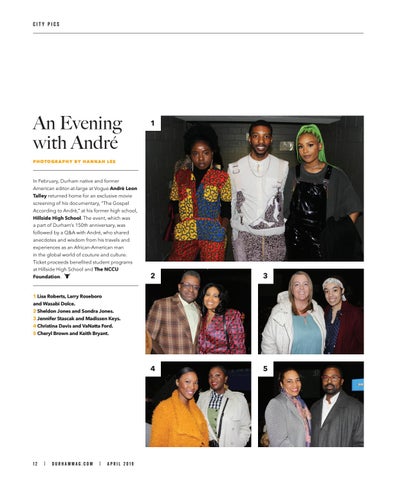 An Evening with André

In February, Durham native and former American editor-at-large at Vogue Andrè Leon Talley returned home for an exclusive movie screening of his documentary, “The Gospel According to Andrè,” at his former high school, Hillside High School. The event, which was a part of Durham’s 150th anniversary, was followed by a Q&A with André, who shared anecdotes and wisdom from his travels and experiences as an African-American man in the global world of couture and culture. Ticket proceeds benefited student programs at Hillside High School and The NCCU Foundation.