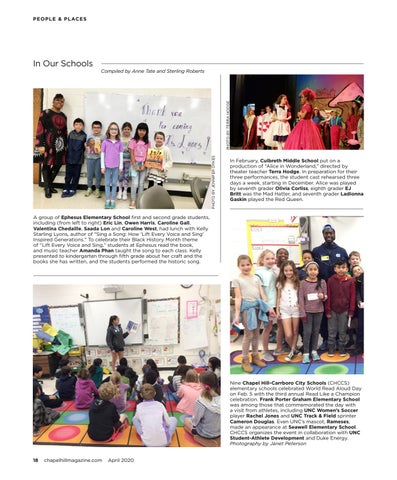 A group of Ephesus Elementary School first and second grade students, including (from left to right) Eric Lin, Owen Harris, Caroline Gall, Valentina Chedaille, Saada Lon and Caroline West, had lunch with Kelly Starling Lyons, author of “Sing a Song: How ‘Lift Every Voice and Sing’ Inspired Generations.” To celebrate their Black History Month theme of “Lift Every Voice and Sing,” students at Ephesus read the book, and music teacher Amanda Phan taught the song to each class. Kelly presented to kindergarten through fifth grade about her craft and the books she has written, and the students performed the historic song.