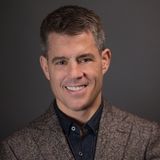 Seth B. Taube is a successful entrepreneur, investor, business builder, musician, philanthropist, and father. He has founded and built multiple billion-dollar companies, two of which were listed via initial public offering on the New York Stock Exchange. Seth now focuses his time and resources on creating a thriving future for humanity and the planet through both philanthropic and for-profit contributions and investments at the intersections of mental health, technology, culture, and education. Seth has invested in mental health solutions, climate technology, and education for over twenty years. In 2003, he founded The Seth B. Taube Foundation Inc., to which he has committed tens of millions of dollars to support these initiatives. Seth’s foundation focuses on education reform and the “healing economy,” which he defines as both philanthropic and for-profit ventures seeking to enhance humanity's and the planet's health. Taube lives in the San Francisco Bay Area with his two engaging and successful teenage daughters. He has two brothers, five nephews, one niece, and a dog named Levi.