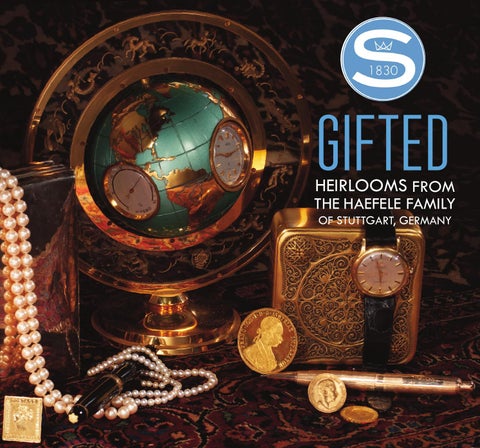 HEIRLOOMS FROM THE HAEFELE FAMILY OF STUTTGART, GERMANY

DISPERSAL RÉSUMÉ On October 10th, 2020 Selkirk Auctioneers &amp; Appraisers will host our annual Autumn Gallery Auction. Highlighted in the sale is property from the Haefele Family of Stuttgart, Germany; a family who steadily perfected their craft from the ground up and inevitably reshaped the European wool industry with their generational entrepreneurial endeavors spanning the late 19th through the mid 20th centuries. While the auction intentionally focuses on objects small in scale such as personal gifts, achievement keep-sakes, business awards, heirlooms, and jewelry, other offerings include fine and decorative art, furniture and rugs from the family’s south German manor. Many of the pieces have documented ties to the family&#39;s journey adding a genuine touch to each lot. Being located in the sister city of Stuttgart, Selkirk is honored to unveil the collection, recently shipped from Germany, in our downtown St. Louis gallery. We hope you enjoy Gifted.

HEIRLOOMS FROM THE HAEFELE FAMILY OF STUTTGART, GERMANY WITH ADDITIONS

Our story begins in 1890 with patriarch Gottlieb Haefele, a self-made man, whose legacy began with a one-room textile production facility in Goppingen. In 1897, Mr. Haefele sent his precocious son, Fritz Haefele on a tour through Europe to learn about the textile industry. Having studied hair yarn spinning techniques in England, Fritz returned in 1905 encouraging the family to purchase an abandoned concrete factory with light powered machines consisting of 4 weaving looms, 1 small spinning wheel, and the lofty goal of producing 20,000 kg of yarn per year. After navigating ups and downs from WWI through the Great Depression, the number of unemployed was growing in Europe, the economy was in distress, sales were declining, the devaluation of the pound and increasing competition threatened prosperity for Haefele’s business and surrounding villages. However, persistence and good business practice throughout the 1930s would help define the family’s legacy and reputation. Expansion of operations with the opening of new facilities allowed the company to produce 1.9 million kg of hair yarn per year ushering them to industry leadership and a workforce of over 900. Throughout their journey and generations, determination and design played an important role in the family’s continual artistic endeavors. The following personal objects, presented in lots 1-62, provide an intriguing lens which continues to shed light on the Haefele family legacy.

CHAPTER ONE: Lots 1 - 62 HEIRLOOMS FROM THE HAEFELE FAMILY OF STUTTGART, GERMANY

20 camera out of case

31 in the family’s south German manor

268 CARYATID FIGURAL CANDLESTICK Continental, 20th century. Full length figure of a beauty with arms across her stomach, candlestick on her head and standing on ebonized circular base, mounted on white marble. 8.25” height $80-160

INVITING CONSIGNMENTS Whether you have a single luxury item or an entire collection, please contact our specialists who welcome the opportunity to provide you with a confidential auction estimate and proposal. 314.696.9041 - sell@selkirkauctions.com 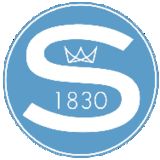