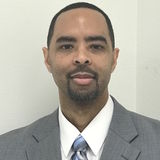 Sean LeBeauf is an experienced educator and coach based in Ama, Louisiana. A graduate of The University of Montevallo, Sean has spent his career leading students both in the classroom and on the court. Throughout his career, LeBeauf has been responsible for planning and directing the recruitment, conditioning, training, and performance of student athletes. Today, Sean LeBeauf is the proud owner of New Wave Performance LLC, who also served as Assistant Coach and Recruiting Coordinator for the Prairie View A&M University Women's Basketball team, which he joined in August of 2018. Sean LeBeauf also played basketball at Hahnville High School in Boutte, La. He then went on to play for the nationally-ranked team at University of Montevallo, Alabama, where he earned his Bachelor’s of Business Administration in Accounting. He was a starter for a team that finished with three consecutive 20-win seasons. Sean LeBeauf serves as Associate Head Coach for the University of Northern Colorado Women's Basketball Team.