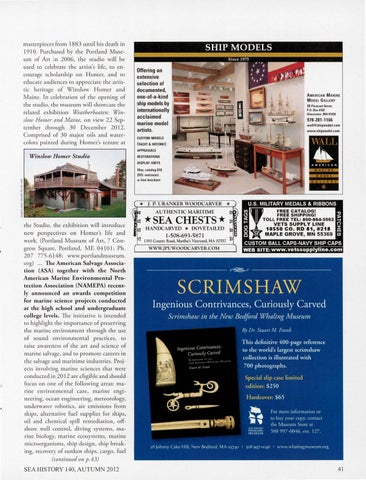 mas terpieces from 1883 until his death in 19 10 . Purchased by the Portland Museum of Art in 2006, the studio will be used to celebrate the artist&#39;s life, to enco urage scholarship on Homer, and to educate audiences to appreciate the artistic heritage of Winslow H omer and Maine. In celebration of the opening of the studio, the museum w ill showcase the related exhibition Weatherbeaten: Winslow Homer and Maine, on view 22 September through 30 D ecember 201 2. Comprised of 30 major oils and watercolors painted during Homer&#39;s tenure at