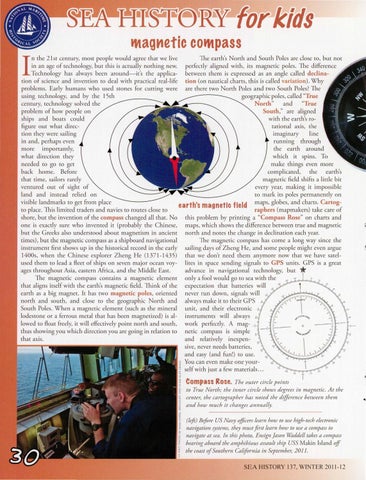 to True North; the inner circle shows degrees in magnetic. At the center, the cartographer has noted the difference between them and how much it changes annually. (left) Before US Navy officers learn how to use high-tech electronic navigation systems, they must first learn how to use a compass to navigate at sea. In this photo, Ensign Jason Waddell takes a compass bearing aboard the amphibious assault ship USS Makin Island off the coast ofSouthern California in September, 2 011 .