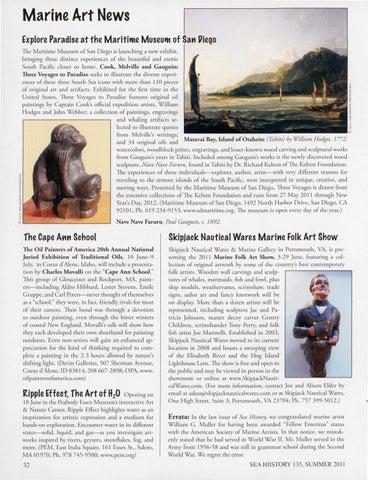 Errata: In the last issue of Sea History, we congratulated marine artist William G. Muller for having been awarded &quot;Fellow Emeriws&quot; status with the American Sociery of Marine Art:ists. In that notice, we mistaken ly stated that he had served in World War II. Mr. Muller served in the Army from 1956-58 and was still in gram1mar school during che Second World War. We regrec che error. SEAHHSTORY 135, SUMMER 20 11