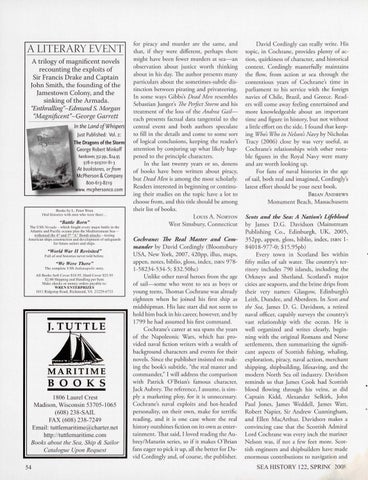 A LITERARY EVENT A trilogy of magnificent novels recounting the exploits of Sir Francis Drake and Captain John Smith, the founding of the Jamestown Colony, and the sinking of the Armada. "Enthralling"-Edmund S. Morgan "Magnificent"-George Garrett In the Land ofWhispers just Published: Vol.

Books by L. Peter Wren Oral his1ories with men who were there ..

for piracy and murder are the same, and that, if they were different, perhaps there might have been fewer murders at sea-an observation about justice worth thinking about in his day. The author presents many particulars about the sometimes-subtle distinction between pirating and privateering. In some ways Gibbs's Dead Men resembles Sebastian Junger's The Perfect Storm and his treatment of the loss of the Andrea Gaileach presents factual data tangential to the central event and both authors speculate to fill in the details and come to some sort of logical conclusions, keeping the reader's attention by conjuring up what likely happened to the principle characters. In the last twenry years or so, dozens of books have been written about piracy, but Dead Men is among the most scholarly. Readers interested in beginning or continuing their studies on the topic have a lot to choose from, and this title should be among their list of books. LOUIS A. NORTON West Simsbury, Connecticut

Cochrane: Ihe Real Master and Commander by David Cordingly (Bloomsbury USA, New York, 2007, 420pp, illus, maps, appen, notes, biblio, gloss, index, ISBN 9781-58234-534-5; $32.50hc) Unlike other naval heroes from the age of sail-some who went to sea as boys or young teens, Thomas Cochrane was already eighteen when he joined his first ship as midshipman. His late start did not seem to hold him back in his career, however, and by 1799 he had assumed his first command. Cochrane's career at sea spans the years of the Napoleonic Wars, which has provided naval fiction writers with a wealth of background characters and events for their novels. Since the publisher insisted on making the book's subtitle, "the real master and commander,'' I will address the comparison with Patrick O'Brian's famous character, Jack Aubrey. The reference, I assume, is simply a marketing ploy, for it is unnecessary. Cochrane's naval exploits and hot-headed personaliry, on their own, make for terrific reading, and it is one case where the real history outshines fiction on its own as entertainment. That said, I loved reading the Aubrey/Marurin series, so if it makes O 'Brian fans eager to pick it up, all the better for David Cordingly and, of course, the publisher.

David Cordingly can really write. His topic, in Cochrane, provides plenry of action, quirkiness of character, and historical context. Cordingly masterfully maintains the flow, from action at sea through the contentious years of Cochrane's time in parliament to his service with the foreign navies of Chile, Brazil, and Greece. Readers will come away feeling entertained and more knowledgeable about an important time and figure in history, but not without a little effort on the side. I found that keeping Whos Who in Nelsons Navy by Nicholas Tracy (2006) close by was very useful, as Cochrane's relationships with other notable figures in the Royal Navy were many and are worth looking up. For fans of naval histories in the age of sail, both real and imagined, Cordingly's latest effort should be your next book. BRIAN ANDREWS

Scots and the Sea: A Nation's Lifeblood by James D.G. Davidson (Mainstream Publishing Co., Edinburgh, UK, 2005, 352pp, appen , gloss, biblio, index, ISBN 184018-977-0; $15.95pb) Every town in Scotland lies within fifty miles of salt water. The country's territory includes 790 islands, including the Orkneys and Shetland. Scotland's major cities are seaports, and the brine drips from their very names: Glasgow, Edinburgh's Leith, Dundee, and Aberdeen. In Scots and the Sea, James D. G . Davidson, a retired naval officer, capably surveys the country's vast relationship with the ocean. He is well organized and writes clearly, beginning with the original Romans and Norse settlements, then summarizing the significant aspects of Scottish fishing, whali ng, exploration, piracy, naval action, merchant shipping, shipbuilding, lifesaving, and the modern North Sea oil industry. Davidson reminds us that James Cook had Scottish blood flowing through his veins, as did Captain Kidd, Alexander Selkirk, John Paul Jones, James Weddell, James Watt, Robert Napier, Sir Andrew C unningham, and Ellen MacArthur. Davidson makes a convincing case that the Scottish Admiral Lord Cochrane was every inch the mariner Nelson was, if not a few feet more. Scottish engineers and shipbuilders have made enormous contributions to navigation and SEA HISTORY 122, SPRJN( WO P.