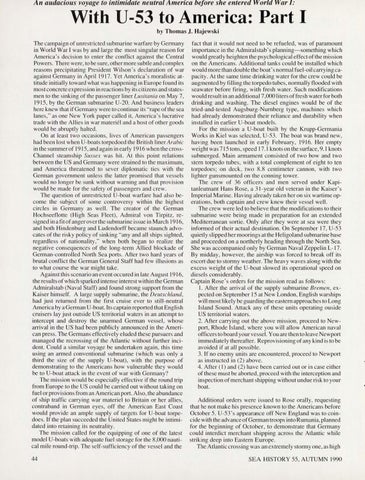 An audacious voyage to intimidate neutral America before she entered World War I:

With U-53 to America: Part I by Thomas